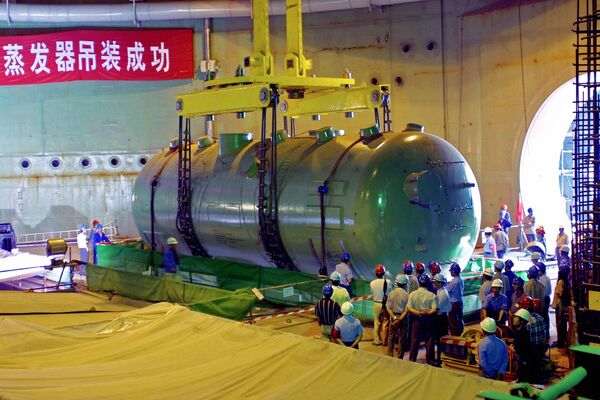 Russia and China are starting construction work on the second stage of the Tianwan nuclear power plant, Russian officials said on Thursday.

The first concrete was poured on Thursday for the foundations of the third and fourth units at the Tianwan nuclear plant, located in the Chinese province of Jiangsu.

Under the deal signed by Russia and China earlier this month the units will be equipped with Russian-made VVER-1000 reactors. Thursday’s ceremony was attended by senior officials from Russia’s Rosatom nuclear power corporation.

The Tianwan nuclear power plant is the largest facility that the two countries have built under a bilateral cooperation agreement. Its first stage, which includes two power units with VVER-1000 reactors, was brought into commercial operation in 2007.

Atomstroyexport and the Jiangsu nuclear power corporation signed a general contract to build the NPP in 1997.

The Russian company was charged with design work, equipment and material supplies, construction and assembly work, putting it into operation and training Chinese personnel.

For the first stage, Russia allotted a state loan for China totaling $2.5 billion, of which only $1.4 billion was used.