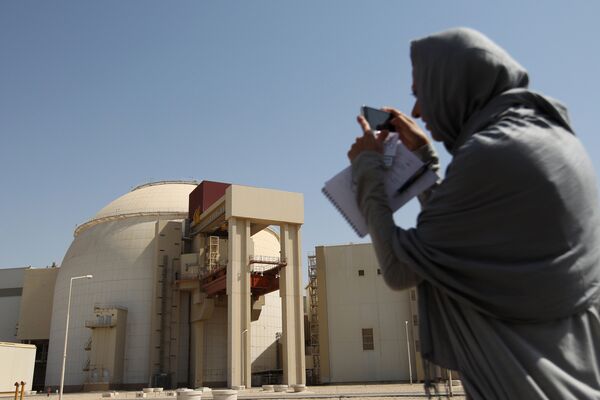 "Based on contracts signed with female Russian employees at the Bushehr power plant, they receive a hijab payment," MP Mehdi Mousavinejad was quoted by the ISNA news agency as saying.

"Unfortunately," he said, "they do not properly observe what [the contracts stipulate]."

He also criticized the authorities for lax oversight of the Russian employees.

Mousavinejad said he did not how how many female technicians work at the NPP or how much they are paid.

Women in Iran, regardless of their nationality or religion, are enjoined to cover up everything but their hands and face.

The station began operating at full capacity on August 31 as the reactor of Bushehr’s Unit 1 was brought up to 100 percent of capacity.

Construction of Bushehr began in the 1970s but has been dogged by delays. Russia signed a billion-dollar deal with Tehran to complete the plant in 1998.

The plant's launch in August 2010 prompted Israel and other nations to express fears the reactor could help Iran create an atomic bomb. Tehran has denied the allegations, saying the facility was for peaceful power generation only.

The plant was connected to Iran's power grid in September 2011.