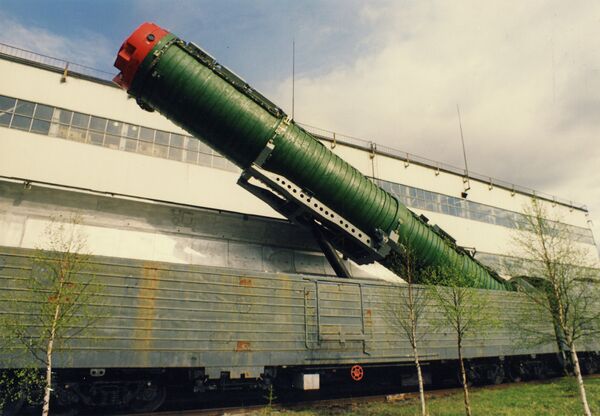 Work has already begun on the prototypes, which will utilize exclusively domestically-made components, the official told RIA Novosti on condition of anonymity.

The new missiles will be half the weight of their decommissioned Soviet analogues, allowing them to fit into one railcar, the official added.

The Soviet military deployed its first missile train in 1987, and had 12 of them by 1991. But by 2005 they had all been destroyed under the START II arms reduction treaty with the United States.

However, the treaty’s 2010 replacement, New START, does not prohibit the development of railway-based ICBMs.

The original railway-based system involved SS-24 Scalpel missiles that weighed 104 tons, required three locomotives to move, and were so heavy that they damaged railroad tracks. It was thought that missiles launched from the moving trains were harder to track than stationary launches.

However, prominent Russian military expert Alexander Konovalov said that this apparent return to the cumbersome Soviet technology, even in revamped form, was a “bad idea.”

The return to missile trains is an apparent response to US plans to position elements of its missile defense system in Eastern Europe, said Konovalov, the president of the Institute for Strategic Assessment, a Moscow-based private think-tank.

Russia has claimed the US missile shield will affect its launches, but Konovalov said that the threat is exaggerated. He added that the missile trains were outdated technology.