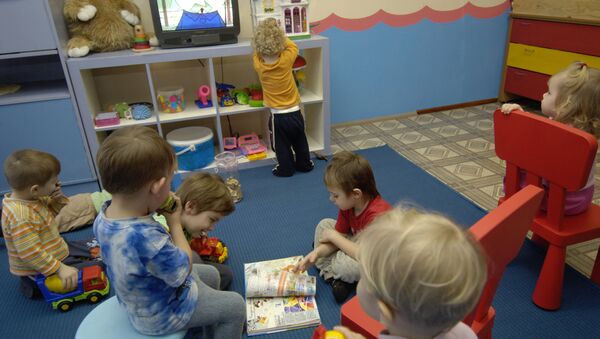 Dmitry Peskov had to weigh in on the matter after reports leaked to the press about a memo by Deputy Prime Minister Olga Golodets criticizing the bill.

The Kremlin will “take into account” Golodets’ arguments, but she did not speak for the entire Cabinet, Peskov said on Kommersant FM radio.

“It would be a mistake to think that there is staunch opposition to the bill within government. On the contrary, there are many arguments in favor of it,” Peskov said.

The Golodets memo, apparently sent last week and cited by Forbes Russia on Sunday, said that the adoption ban violates international conventions on child adoption, Russia’s Family Code, and a US-Russian agreement on adoption that came into force in November.

The adoption bill has also been criticized by Science and Education Minister Dmitry Livanov and Foreign Minister Sergei Lavrov.

“Learning about official correspondence from the media is not always pleasant,” Peskov admitted, commenting on the leak.

The Kremlin rights council, an advisory body, also criticized the adoption bill in a statement on Tuesday, saying it violated the Russian Constitution and the country’s international obligations and was ridden with “legislative flaws.”

The adoption bill was called a retaliatory measure against the US Magnitsky Act that came into effect mid-December, imposing extrajudicial sanctions against Russian officials accused of human rights violations.

The lower chamber of Russia’s parliament, the State Duma, fast-tracked the bill amid rumors of pressure from the Kremlin. Two upper chamber committees supported the bill ahead of its review on Wednesday, paving the way for its approval.

Putin defended the bill in heated remarks at a recent press conference, claiming that Russia was defending its national honor from slights by US officials. However, he avoided saying whether or not he would sign it into law.

This anti-adoption legislation caused a flurry of activity in Russian media and the blogosphere, where critics claimed that Russian children – about 60,000 of whom have been adopted by Americans over the past two decades – are being exploited to political ends.

A petition to drop the bill gathered 100,000 signatures within days, but failed to sway the legislators.

The adoption ban, which was widely promoted in state-controlled media, is supported by 53 percent of the Russian populace, compared to 21 percent who oppose it and 23 percent who are undecided, according to a nationwide poll by state-run Public Opinion Foundation released on Tuesday. The poll covered 1,500 respondents and did not specify a margin of error.