Russia to Float Out New Borey Class Sub on Dec. 30 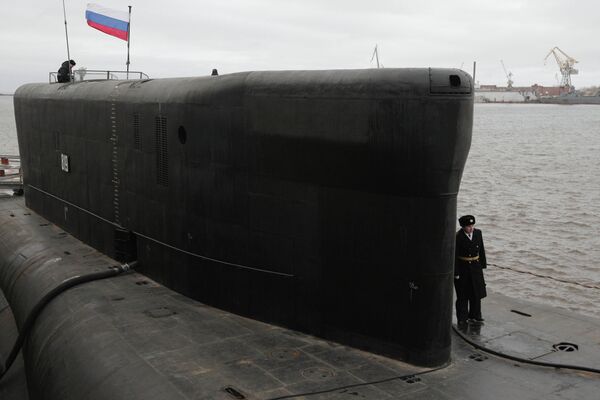 “The Vladimir Monomakh will be floated out on December 30 and its construction will continue as planned,” Chirkov said.

Two Borey class vessels, the Yury Dolgoruky and the Alexander Nevsky, have been already built and are undergoing sea trials.

The Yury Dolgoruky was expected to join the Russian Navy by the end of this year, but tests carried out during the latest sea trials revealed a number of technical flaws. For instance, software glitches in the automated launch control system prevented further tests of the Bulava ballistic missile, the submarine’s main weapon.

Recent statements by military officials indicated that the commissioning of the Yury Dolgoruky had been postponed until 2013, but Chirkov said on Wednesday it could still happen this year, if all the problems are fixed.

“If the final ongoing tests show positive results, the acceptance act could be signed by December 30,” the admiral said.

The subs will be assigned to Russia’s Northern and Pacific fleets.

Chirkov said that the stage-by-stage construction of infrastructure to accommodate Borey class vessels at the Northern Fleet had been going according to plans.

“It will be ready to receive the first Borey class submarine as early as in 2013,” he said.