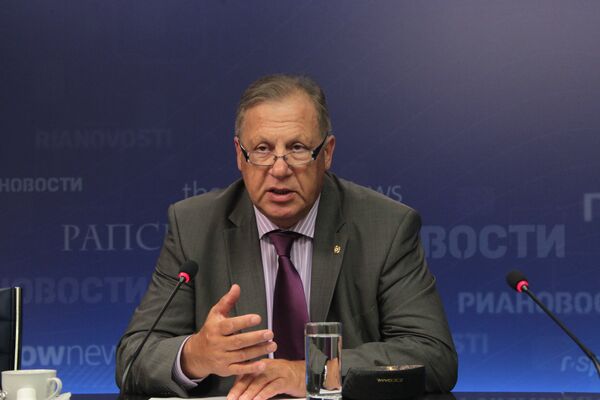 Moscow’s top psychiatrist backed on Tuesday a recent bid to legislate human emotion by imposing a limit on “negative information” in the media, starting with Apocalypse rumors.

Reports about the upcoming doomsday and other soul-crushing news breed hopelessness and increase depression and suicide rates, said Boris Tsygankov, who supervises psychiatric help at the city’s healthcare department.

Doomsday reports – which have snowballed ahead of December 21, the latest date for the expected Apocalypse – “make expecting the end of the world inevitable,” Tsygankov said. “People decide that life’s just not worth it.”

“There’s a reason why they propose limiting negative information on TV,” Tsygankov said at a press conference in the capital.

He was apparently referring to a proposal by federal legislator Oleg Mikheyev, a member of the leftist A Just Russia who filed a bill earlier this month to limit “negative information” in media, such as reports about disasters and terrorist attacks, to 30 percent of the total coverage of a media outlet. Above-the-limit negativity is to be punished with up to six years in jail.

Neither the shrink tsar nor the legislator – who, on an unrelated note, faces possible expulsion from the State Duma over fraud accusations – elaborated on their censorship proposals.

It remained unclear at present whether news articles such as this one qualify as “positive” or “negative” news.