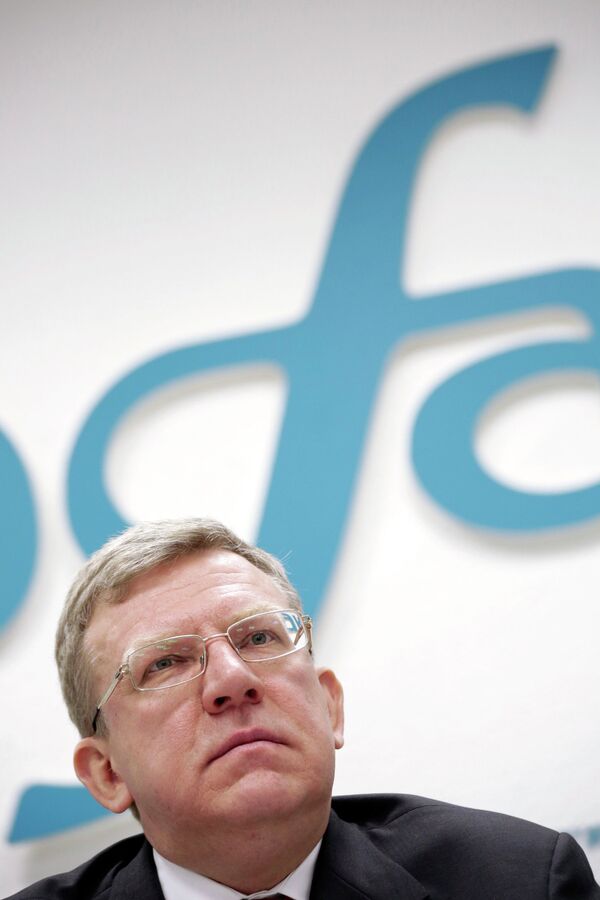 Russian nongovernmental organizations (NGOs), cash-strapped due to a recent restrictive law on foreign funding, may get much needed support from an organization led by former Finance Minister Alexei Kudrin, he said on Tuesday.

MOSCOW, December 18 (RIA Novosti) – Russian nongovernmental organizations (NGOs), cash-strapped due to a recent restrictive law on foreign funding, may get much needed support from an organization led by former Finance Minister Alexei Kudrin, he said on Tuesday.

“There’s currently a shortage of support foundations in Russia, and we’re filling that niche,” Kudrin said about his Civic Initiatives Committee.

“We’re an institution that supports civil society, especially when it is losing the support of Western foundations,” Kudrin said at a press conference in Moscow.

NGOs involved in vaguely defined “political activity” that receive foreign funding have to face gargantuan amounts of red tape and publicly identify themselves as “foreign agents” – a derogatory term in Soviet times – according to a new law passed in July.

Organizations that fall under the law include independent electoral watchdog Golos, the Moscow Helsinki Group, rights group Memorial, Transparency International Russia and many other groups that have criticized the Kremlin over alleged electoral machinations, rights violations or graft. Many NGOs and analysts called the new legislation the government’s revenge for that criticism.

Kudrin cited USAID as an example of an agency that his foundation aims to replace, but refused to name prospective recipients of his help when asked by RIA Novosti.

Neither did he specify the sources and amount of funding available to his Civic Initiatives Committee, a self-described non-partisan group intent on supporting all forms of grassroots activism in Russia.

“Civil society is burgeoning in Russia, you can’t say it doesn’t exist or is asleep,” Kudrin said. “But, sadly, the authorities often oppose the process.”

Kudrin, 52, was a longtime member of President Vladimir Putin’s cabinet, earning a reputation as one of the world's best finance ministers. But he left the government last year and has since attempted to mediate between the government and the political opposition that staged numerous street protests over the past year.