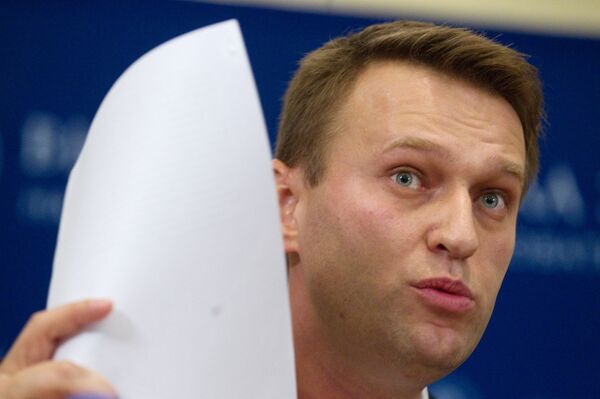 MOSCOW, December 17 (RIA Novosti) - Russian whistleblower and opposition leader Alexei Navalny said Monday that investigators have officially notified him about a second criminal case against him.

"Today I was at the Investigative Committee. At last, I was formally notified of another criminal case opened against me,” the opposition leader wrote in his Twitter account.

Investigators said Friday that a criminal case had been opened against Navalny and his brother Oleg on charges of defrauding an unspecified firm out of 55 million rubles ($1.8 million) in phony shipping charges.

Investigators believe that about 19 million rubles of the allegedly embezzled sum was laundered through a wicker-weaving plant co-founded by the Navalny brothers and their father.

The charges against the two brothers, if they are found guilty, entail a maximum punishment of 10 years in prison.

Investigative Committee officials were not immediately available for a comment.

In 2011, investigators re-opened a previously closed embezzlement case against Navalny, in which he is suspected of misappropriating 16 million rubles' worth of timber from the state-run Kirovles company while serving as an unpaid advisor to the Kirov Region's governor.