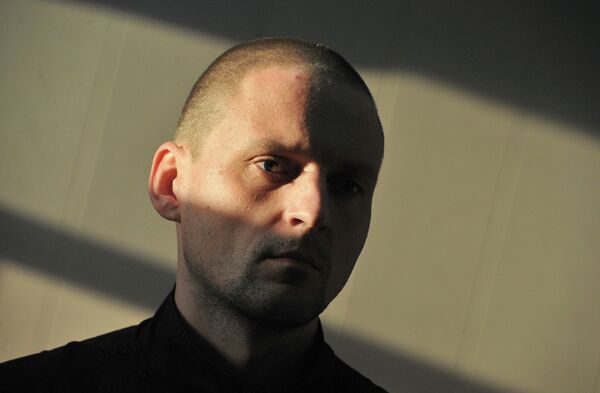 “The negotiations are over. Regrettably, the event has not been approved,” he said.

The negotiations started on Monday. The organizers insisted that the march route end at one of the city’s central squares, a demand that the Moscow government turned down.

Firebrand leftist leader Sergei Udaltsov, the leader of the opposition Left Front movement, confirmed to RIA Novosti the Freedom March will not go ahead because the organizers and city authorities failed to agree the route.

“The negotiations have ended in nothing,” he said.

“The paper [official refusal] will be issued tomorrow…It will offer a route for the march that is unacceptable to us…Otherwise the event will be deemed unsanctioned.”

The mayor’s office stated it will ask the prosecutor’s office and other law enforcement agencies to issue a formal warning to the Freedom March organizers not to go ahead with the event, Udaltsov said.

He said the organizers will not call for unsanctioned action but “will not stop anyone either.”

The Opposition Coordination Council announced in late November the decision to hold the Freedom March in Moscow on December 15. About 50,000 marchers were expected to turn up.

The new opposition demonstration was to mark the anniversary of the protest movement in Russia that erupted after last December’s parliamentary elections amid allegations of widespread electoral fraud.

The organizers said the march would be held under the slogans “Freedom to Political Prisoners,” “Down with the Dictator,” and “Early Elections.”