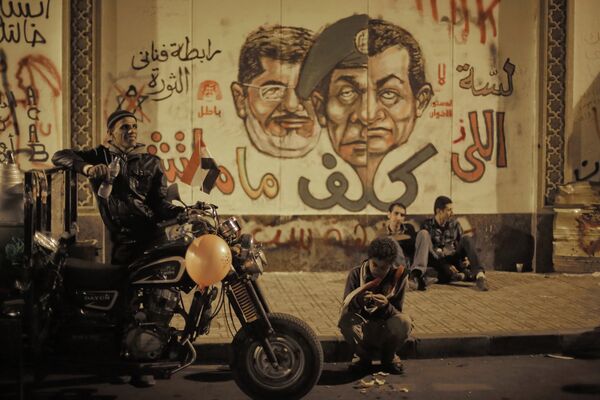 © RIA Novosti . Andrei Stenin
/
Go to the photo bank
Subscribe
Egypt’s largest alliance of opposition parties, the National Salvation Front, called on Wednesday for voters to reject a draft Constitution during a referendum due later this week.

CAIRO, December 12 (RIA Novosti) – Egypt’s largest alliance of opposition parties, the National Salvation Front, called on Wednesday for voters to reject a draft Constitution during a referendum due later this week.

“The Front has decided to call on the Egyptian people to come to polling stations and vote ‘no,’” opposition leader Hamdeen Sabahi, who finished third in the June presidenial election, told a news conference in Cairo.

The opposition also set conditions that would ensure the legitimacy of the referendum, including full judicial supervision of the process, tight security at polling stations and monitoring of the vote by local and international observers.

Sabahi warned that if these conditions were not met the opposition would boycott the vote.

Both supporters and opponents of Morsi have been rallying in Cairo and other Egyptian cities ever since he announced his decision to hold a nationwide referendum on the new Constitution, approved by the constituent assembly last month, on December 15.

Opposition activists described the referendum as too hasty and demanded that it be postponed.

The authorities said, though, that the referendum will be held on the announced date.

Egyptian media reported on Wednesday that voting in the referendum had already begun at Egyptian embassies abroad.

More than 500,000 Egyptians are expected to cast their votes in 150 countries.