Half the World's Oil Spills Happen in Russia – Greenpeace 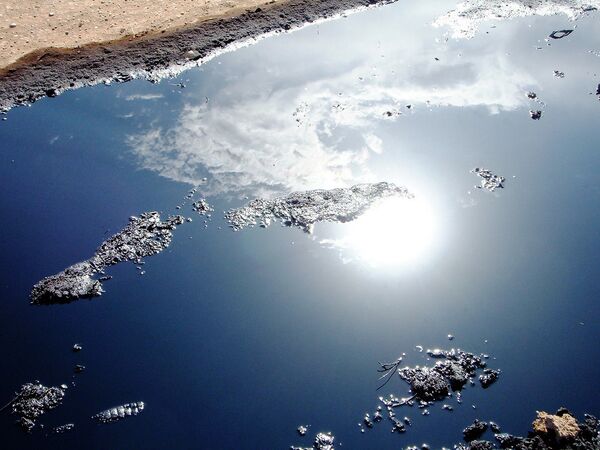 More than 20,000 oil spills, or half the world's annual total, take place in Russia, a senior official of the country's branch of Greenpeace said.

MOSCOW, December 11 (RIA Novosti) – More than 20,000 oil spills, or half the world's annual total, take place in Russia, a senior official of the country's branch of Greenpeace said.

Nigeria is the runner-up with 3,000 to 4,000 spills a year, but there vandalism is to blame, while in Russia obsolete infrastructure is the main reason for the spills, Ivan Blokov said at a meeting at the Natural Resources and Ecology Ministry in Moscow on Monday.

An average age of Russian oil pipes is currently 31 to 34 years, or above the maximum allowed life expectancy of 30 years, Blokov said.

However, the situation started deteriorating again due to aging pipelines, he said, speaking at a meeting of governmental officials, green activists and oil industry representatives.

The government should criminalize cover-ups of oil spills, a widespread problem in Russia, Blokov said.

The new system of fines would not be introduced before 2013, Donskoi added.

Spill fines in Russia are currently based on damage estimates determined through investigations carried out by law enforcement agencies. A typical recent example saw prosecutors in the republic of Bashkiria sue Bashneft company for 3.4 million rubles ($110,000) in August over a spill caused by a corroded pipeline.