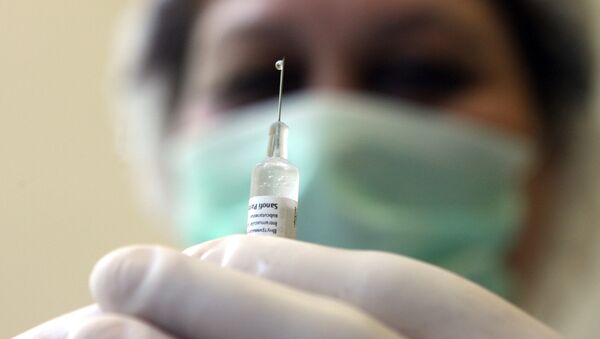 American medicine has long had a reputation as the most advanced in the world.

WASHINGTON, December 8 (By Carl Schreck for RIA Novosti) - American medicine has long had a reputation as the most advanced in the world.

But the United States today faces a looming shortage of the versatile doctors who form the backbone of its health system—generalists known as “primary care physicians”—a trend that industry experts call a threat to the nation’s health.

“If you look worldwide at the countries that have much better scores on health care quality measures than the United States, almost all of them have a higher percentage of their physicians engaged in primary care,” said Thomas Norris, chair of the Department of Family Medicine at the University of Washington in Seattle.

The United States is projected to have 52,000 fewer primary care physicians than needed by 2025, according to a report published in the current issue of the medical journal Annals of Family Medicine.

“If patients are bouncing from specialist to specialist, not only are the costs enormous, they get uncoordinated care,” Pugno told RIA Novosti. “They get unnecessary tests, chase spurious information, and can get drug interactions because people get some medication from one physician, and other medicine from another.”

The value in primary care, medical professionals say, is the holistic approach the doctor takes when assessing a patient’s health. Building a stable relationship with a primary care doctor can help a person head off chronic diseases that incur significant financial and quality-of-life costs, they say.

“There’s something to be said for having a place to go and a therapist who knows who the patient is,” said Dr. Winston Liaw, a co-author of the recent report in the Annals of Family Medicine. “They don’t have to go to see 20 different doctors and see 20 different records. The knowledge about you is all in one place.”

The increasing scarcity of primary care physicians is driven in part by the projected population growth in the United States over the next two decades, as well as by the medical needs of an aging population and the tens of millions of Americans expected to be newly insured under the Affordable Care Act, US President Barack Obama’s signature health care reform.

It is also driven by the growing income gap between primary care physicians and their counterparts in more financially lucrative specialist fields such as cardiology, medical professionals say.

For many medical students weighed down with escalating levels of student debt, opting for a career as a specialist is a no-brainer, Pugno said.

The average salary for a primary care doctor in the United States in 2010 was $202,392 compared to $356,885 for medical specialists, according to the US Bureau of Labor and Statistics.

The reasons for this disparity are varied, said Dr. Andrew Bazemore, a co-author of the recent report on primary care physicians in the workforce. One key factor, however, is that the primary care is holistic and consists of time-consuming patient encounters, he said.

These visits, however, have lower reimbursement rates than most medical procedures, Bazemore said.

According to a study published this week in the American Medical Journal, just 22 percent of medical students said they are planning a career in general internal medicine. Meanwhile, 64 percent of the 17,000 students polled said they wanted to become a specialist in fields such as oncology and dermatology.

P.J. Tiberio, a third-year student at SUNY Downstate Medical Center in Brooklyn, New York, is among the tens of thousands of US medical students contemplating which area of medicine to pursue.

Tiberio, 29, said primary care is an outstanding field to positively impact the health of his patients, and that he has considered forging a career in general medicine.

But the prospect of wrestling with insurance companies over reimbursements and pressure to shorten patient visits to increase volume makes one feel “disenfranchised by the whole process,” he told RIA Novosti.

“It’s sad, because primary care is very important,” Tiberio said. “And it’s going to become even more important over the next 20 to 30 years.”