In AIDS Fight, US Capital is a Grim Tale of Two Cities 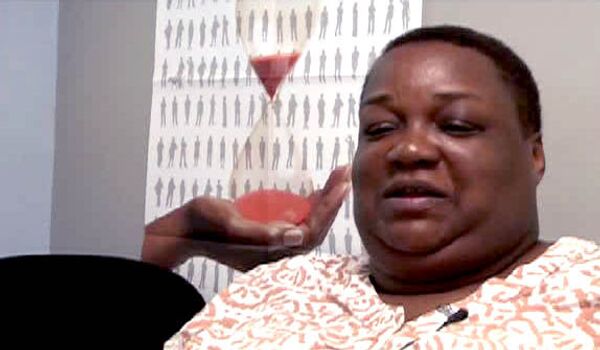 Last month, US Secretary of State Hillary Clinton stood in the State Department’s ornate Benjamin Franklin diplomatic reception room and trumpeted plans to eradicate AIDS in the United States and around the world.

WASHINGTON, December 8 (By Sasha Horne for RIA Novosti) - Last month, US Secretary of State Hillary Clinton stood in the State Department’s ornate Benjamin Franklin diplomatic reception room and trumpeted plans to eradicate AIDS in the United States and around the world.

Blocks from where she spoke, in a drab, two-story gray building, staff of the Whitman-Walker health center processed dozens of tests for the HIV virus that causes AIDS, a daily drill at the main diagnosis and treatment center in Washington DC where HIV/AIDS infection rates are the highest in the country.

The juxtaposition is breathtaking: Thirty years and millions of deaths after AIDS was first identified, the US capital city remains a unique staging ground simultaneously for some of the most impassioned calls for destroying the disease and some of the most vivid examples of how it is still destroying us.

“In many ways, there are two Washingtons,” said filmmaker Susan Koch, who in 2010 released the documentary “The Other City” that examined some of the bureaucratic and day-to-day struggles faced by people living in Washington with HIV/AIDS.

“It’s very sad that right in the shadow of the Capitol we have this kind of epidemic going on,” Koch told RIA Novosti.

Her use of the word “epidemic” is no accident. According to municipal health authorities, nearly three percent of the Washington population between the ages of 15 and 49 is HIV-positive. The World Health Organization categorizes any rate above one percent as a “severe and generalized epidemic.”

Experts cite a dizzying array of “negative” explanations for why Washington continues to lead US cities in HIV/AIDS infection rates, including the city’s demographic contours, economic and educational data, corruption, mismanagement and the District of Columbia’s unique – and problematic – status as the seat of the US government.

They also point to “positive” reasons, including the fact that more people get tested in Washington for the HIV virus today than ever before – testimony to success of AIDS-awareness efforts, they say – resulting in higher HIV-positive numbers, but also lower rates of the infection in newborn babies.

Whatever the explanation, however, all agree that sustained and stronger efforts at all levels to counter the disease are needed in the US capital.

“It’s an epidemic now – that shouldn’t even happen in this day and age,” said Zhilphia Turner, an African-American woman who 24 years ago contracted the HIV virus from the father of her youngest child. She was pregnant at the time and her daughter was born with full blown AIDS.

“It was a disaster,” Turner said, recalling the bleak turn that her life took in the early days of her diagnosis. She described taking 20 pills each day while trying to maintain a sense of normalcy in her home for her two sons and taking care of her newborn who was undergoing treatment for AIDS.

As Turner began to adjust to life with HIV, she made a commitment to help prevent the spread of the disease and began working with local non-profits, administering HIV tests and mentoring those who were newly diagnosed. But she says much more needs to be done.

“There just doesn’t seem to be enough support for the non-profit programs,” Turner said.

In an August 2005 report, DC Appleseed, a non-profit watchdog group, slammed the DC government over its response to the HIV/AIDS epidemic in the city.

The group cited the mismanagement of funds allocated for programs assisting people living with HIV/AIDS as just one example of how the DC government lagged behind other cities across the nation.

Within a year of that report’s publication, however, the tide began to turn as the Washington DC health department launched an aggressive attack on the epidemic.

“It’s difficult to have an effective response when you don’t know what the epidemic looks like,” said Michael Kharfen, the DC government’s HIV/AIDS community outreach bureau chief.

“Prior to 2006, there hadn’t been a report on data on the epidemic in five years,” Kharfen said.

But since then, officials and activists agree that HIV/AIDS data tracking and management systems have improved dramatically, along with public awareness efforts aimed at attenuating the perceived social stigma attached to – and felt deeply by – residents who are diagnosed HIV-positive.

“We now monitor the disease with a name-based reporting system, hold grant recipients accountable for producing results and conduct an annual epidemiological report that guides our progress,” DC councilman David Catania wrote in the Washington Post earlier this year.

The DC government has also ramped up free condom giveaways and mobile HIV testing. It launched a marketing campaign that directly targeted at-risk segments of the city’s population.

“I can remember when I worked in the health department 20 years ago we administered around 15,000 HIV tests a year,” said Guy Weston of DC Care, a nonprofit that provides resources for people living with AIDS.

This year, Weston said the city and its community partners will administer more than 100,000 tests in public parks and social service offices. The city has also introduced innovative new programs, like testing residents at motor vehicle offices.

And city health officials have adopted sweeping recommendations on who should receive HIV testing. “Anyone who is sexually active or has a history of being sexually active should get an HIV test at least once a year,” Kharfen said.

All of these new initiatives work in favor of combatting HIV/AIDS – and simultaneously underline the sweeping scope of the disease in the US capital.