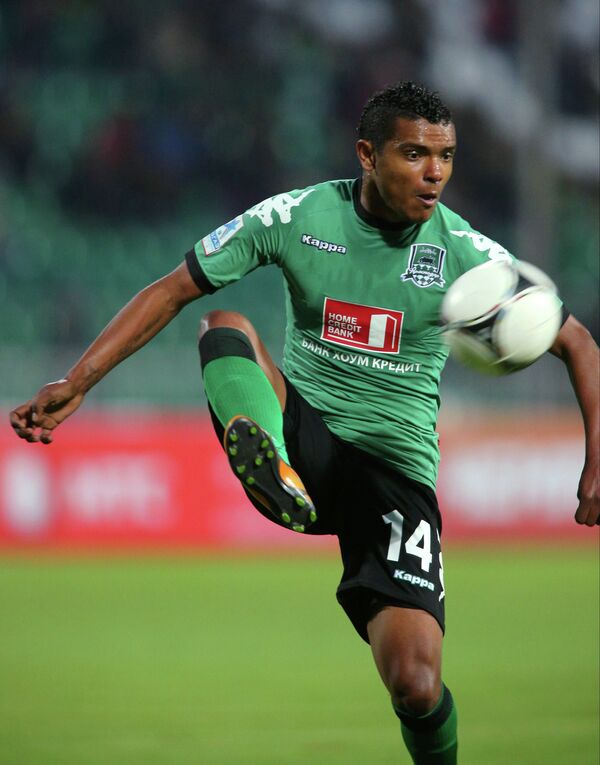 A brace from Brazilian midfielder Wanderson fired FC Krasnodar to a 3-2 win at FC Rostov in the Russian Premier League on Friday.

MOSCOW, December 7 (R-Sport) - A brace from Brazilian midfielder Wanderson fired FC Krasnodar to a 3-2 win at FC Rostov in the Russian Premier League on Friday.

A first away win of the season lifts Krasnodar one place to ninth, at least temporarily ahead of Dynamo Moscow. Rostov's first defeat in five games leaves them in 11th.

But Dmitry Poloz leveled it for the hosts in a strikingly similar manner the very next attack, lobbing Andrei Tsinitsyn off a Dragan Blatnjak knockdown.

Krasnodar's Evgeny Shipitsyn restored the visitors' lead on 38 minutes. The striker stuck out a leg and managed to direct the ball into the corner of the goal from point-blank range.

Wanderson hit his seventh of the season four minutes after the break, beating the offside trap and calmly sidefooting past Pletikosa from 12 yards out.

Former Russian international Dmitry Kirichenko brought his side back into it on 55 minutes, two minutes after coming on. He was in the right place to stroke home the rebound when a free kick from Edgaras Cesnauskis crashed back off the post.

Tottenham midfielder David Bentley didn't feature for Rostov due to injury and will not play again before his loan ends.

It was the first match in the last round of games before the winter break.

Then on Monday, Rubin Kazan host Spartak Moscow before the match of the round, third-placed Zenit St. Petersburg vs. second-placed Anzhi Makhachkala.