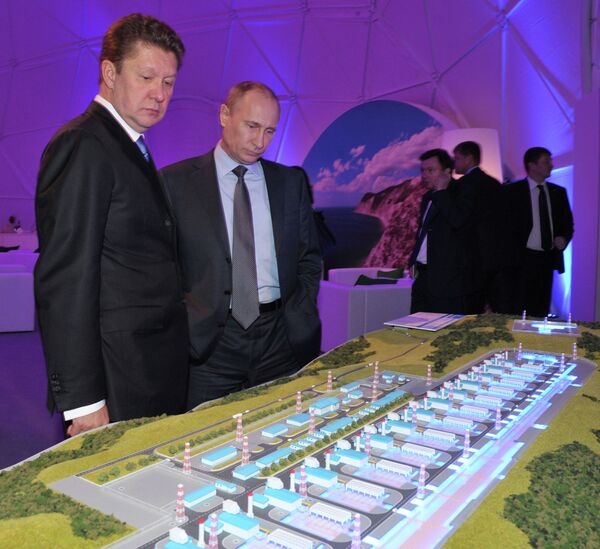 Welding work formally started on Friday on South Stream, a Russian-led pipeline project designed to link Russia's gas fields to the markets of southern Europe via the Black Sea.

The ceremonial start of the project near the Russian coastal city of Anapa on the Black Sea was attended by Russia's President Vladimir Putin and the heads of the companies taking part in the project, Alexei Miller from Russia's Gazprom, Paolo Scaroni of Italy's Eni, Henri Proglio of France's EdF, Rainer Seele of Germany's Wintershall and South Stream's executive director Marcel Kramer.

Overall investment in the project is due to reach 16 billion euros.

The shareholders in the project are Gazprom (50 percent), Eni (20 percent) Wintershall and EdF (15 percent each). The pipeline will run to the Bulgarian coast and through that country to Serbia, Hungary, Slovenia, and northern Italy. Branches will run to Croatia, and via Serbia to Bosnia-Herzegovina.