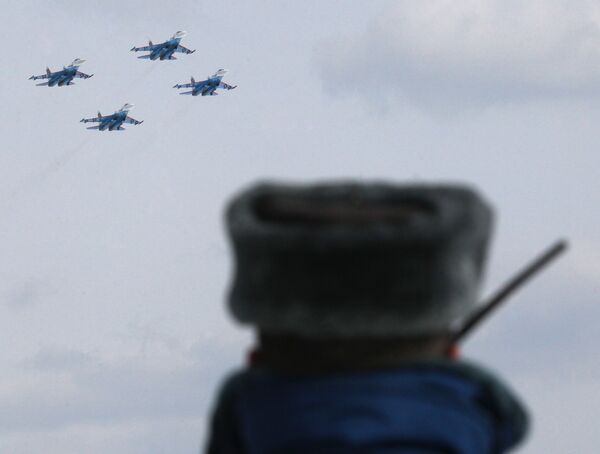 The Russian Air Force is not training sufficient numbers of pilots and other specialists, Defense Minister Sergei Shoigu said on Friday.

"The quantity of pilots and other specialists being trained for the air force is insufficient," Shoigu said, adding he would pay special attention to the issue.

"We need to take measures to solve this," he said. "I want to stress that optimizing our military training system is one of the Defense Ministry's main tasks."

The Russian Air Force is in the midst of a major reequipment program, with hundreds of new airplanes and helicopters being introduced to replace obsolete and worn-out Soviet era aircraft.

The force will receive around 180 new planes and helicopters by the end of the year, the Air Force Commander in Chief Major General Viktor Bondarev said in August.

Speaking earlier this year on the force's hundredth anniversary, President Putin promised the air force would get 600 new planes and 1,000 helicopters by 2020.

The training system has fallen into decline however, according to air force personnel who spoke to RIA Novosti last month.

Russia's top-heavy demographic profile has left it with a large percentage of older pilots who are now retiring. Thousands were made redundant in the last 20 years as the air force was downsized following the end of the Cold War.