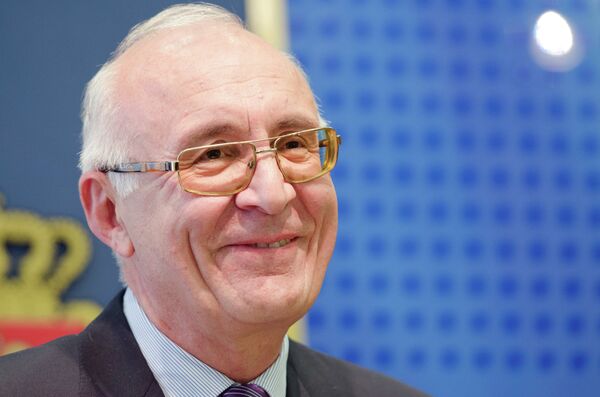 “We believe the search for common interests should start without any preliminary conditions, especially those that rule out the dialog’s success from the very beginning,” Abashidze said in a statement on Friday.

Abashidze’s comment followed Thursday’s statement by Russian Prime Minister Dmitry Medvedev, who said Moscow is ready for dialogue with Tbilisi only if Georgia recognizes the sovereignty of its former republics of Abkhazia and South Ossetia.

Georgia broke off diplomatic relations with Russia after their August 2008 war over Abkhazia and South Ossetia. Georgia lost one-fifth of its territory after the two republics broke away.

Prime Minister Ivanishvili, whose Georgian Dream coalition won the October 1 parliamentary election securing 85 out of 150 seats in the parliament, said in November that Tbilisi is restarting its ties with Moscow “from a clean slate” but that restoration of diplomatic relations will be linked to the issue of Georgia’s territorial integrity.

Moscow, however, keeps ruling out any negotiations on the status of Abkhazia and South Ossetia, which Russia recognized as independent states.

The majority of the Georgian president's executive powers will be transferred to the new prime minister under constitutional reforms that take effect in January 2013.