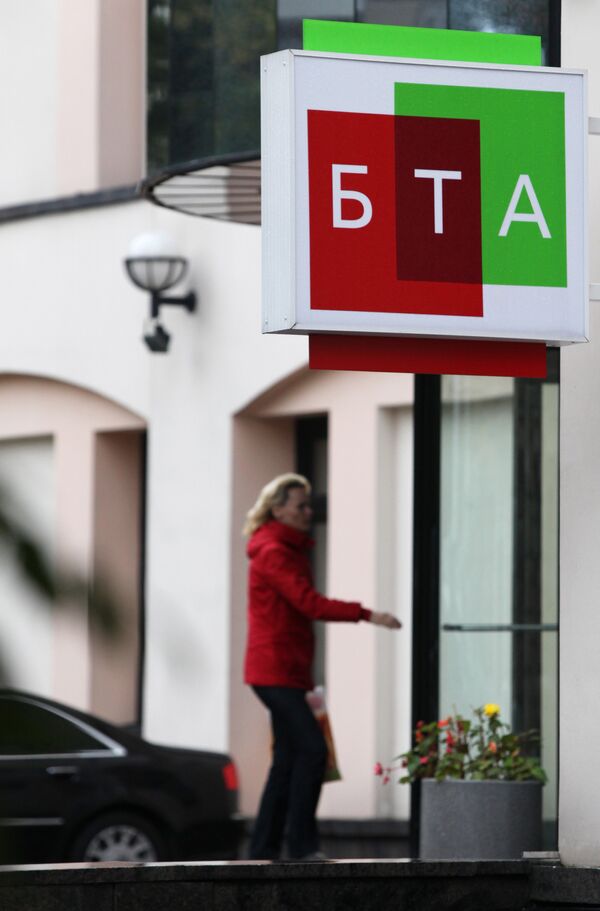 © RIA Novosti Vladimir Fedorenko
/
Go to the photo bank
Subscribe
The UK High Court ruled on Friday that former BTA Bank chairman Mukhtar Ablyazov, who is on the run from authorities, must pay the bank $2.1 billion in compensation for damages in a fraud scheme.

LONDON, November 23 (RIA Novosti) – The UK High Court ruled on Friday that former BTA Bank chairman Mukhtar Ablyazov, who is on the run from authorities, must pay the bank $2.1 billion in compensation for damages in a fraud scheme.

BTA Bank filed a series of lawsuits against Ablyazov in the UK High Court shortly after his arrival in London as a part of its restructuring agreement with creditors to recover $5 bln assets allegedly misappropriated by Ablyazov during his tenure at BTA Bank between 2005 and 2009.

The court ruling on Friday was the first to demand a monetary compensation from Ablyazov as the bank has already clinched a worldwide freezing order on his declared assets, currently worth around $6 billion.

Kazakh prosecutors accused Ablyazov of money laundering and fraud in March 2009, issuing a warrant for his arrest. Following the warrant, Ablyazov fled to the UK where he was granted political asylum in 2011.

The Russian Interior Ministry has also requested a warrant for Ablyazov's arrest as he has been charged on four counts of financial crime, including a $5 billion fraud. He is currently on an international wanted list in Russia, where four of his alleged accomplices from the Eurasia Logistics company were arrested on charges of complicity in embezzlement in March, 2010.

Ablyazov, 49, was sentenced by a High Court judge in February to 22 months imprisonment for contempt after failing to disclose full details of his assets. He fled the UK shortly after the ruling.

The former banker and Kazakh government minister, whose current whereabouts are unknown, denies any wrongdoing and claims that legal action against him is politically motivated.