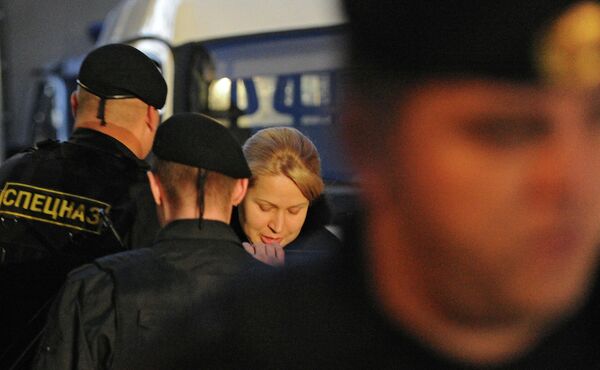 The former head of the Defense Ministry’s property department and a close associate of ex-defense minister Anatoly Serdyukov, Vasilyeva has been placed under house arrest for the next two months. She faces up to six years in jail if convicted.

“According to investigators, Vasilyeva together with other suspects was involved in the theft of property belonging to Oboronservis subsidiary enterprises, which is worth over 360 million rubles ($11 million),” Vladimir Markin said.

The lawyers of Vasilyeva had asked the court to release her on a 15-million-ruble ($480,000) bail, but the court ruled that there were no reasons for the bail.

In late October, the apartment of Vasilyeva was searched during an investigation into the case of selling state property below market value. Investigators seized antiques, jewelry and 3 million rubles ($96,000).

On November 1, Moscow’s Khamovniki Court sanctioned the arrest of two other suspects in the embezzlement case against managers of the defense ministry’s property services holding company Oboronservis, Maxim Zakutailo, and his wife Yekaterina Smetanova. They are suspected of a large-scale fraud and will be kept in custody until December 10.

Several criminal cases are underway in connection with the Oboronservis scandal, which became public on October 25, when investigators raided the Defense Ministry property management company's offices and the homes of its senior employees over alleged real estate scams involving nearly $100 million. Some of the properties were in Moscow, which has some of Europe’s most expensive real estate.