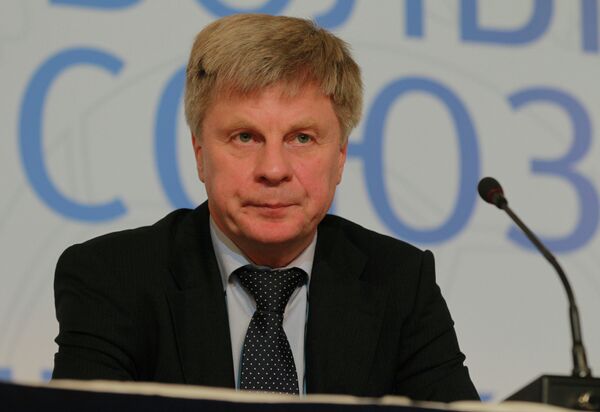 A radio station with close links to champions Zenit St. Petersburg reported Friday that Tolstykh had submitted a letter of resignation due to a "system crisis" in the Russian league.

The report on Radio Zenit cited the NTV+ cable network. It could not be established whether NTV+ carried the news or not - there was no sign of it on the network's website. NTV+ is owned by state energy giant Gazprom, which sponsors Zenit.

“These are absolutely groundless rumors which have no basis to them whatsoever,” FA spokesman Nikolai Komarov told R-Sport.

The report came a day after Zenit was punished by the FA’s disciplinary committee, which does not include Tolstykh, over an incident that left an opposition goalkeeper needing hospital treatment.

Zenit’s game against Dynamo Moscow last week was abandoned after a pyrotechnic thrown from the Zenit end left Dynamo goalkeeper Anton Shunin with eye injuries that caused him to be briefly hospitalized.

The ruling leaves Zenit third in the table, six points behind CSKA Moscow, who they play Monday..