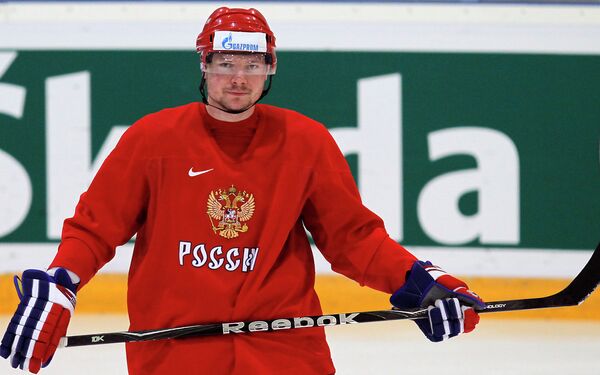 Fellow lockout signing Nikolai Kulemin of the Toronto Maple Leafs also grabbed a goal for Metallurg, which is now third in the Eastern Conference, six places above Barys.

Ken O’Reilly opened the scoring early for Metallurg before Maxim Spiridonov leveled for Barys midway through the first period and Kulemin put Metallurg ahead again 2-1 on 15 minutes in front of the home crowd.

Gonchar then played a part in setting up Dmitry Kazionov’s second period goal before scoring one himself off an assist from Evgeni Malkin. Kazionov then made it 5-1.

Gonchar has now racked up three goals and 13 assists in 23 games since joining Metallurg in the lockout.

Yegor Dugin and Maxim Yakutsenya’s goals decided matters for Traktor, which lost to Yugra last week. Yugra is 10th in the East.

Avangard was a 6-3 winner on the road, helped by a goal and two assists from lockout signing Sergei Kostitsyn of the Nashville Predators.

Salavat Yulaev Ufa thrashed Donbass Donetsk 5-1 on home ice and rises to fifth in the East while Ukrainian expansion team Donbass stays ninth in the West.