Science Through Song: New York to Use Hip Hop to Teach Students 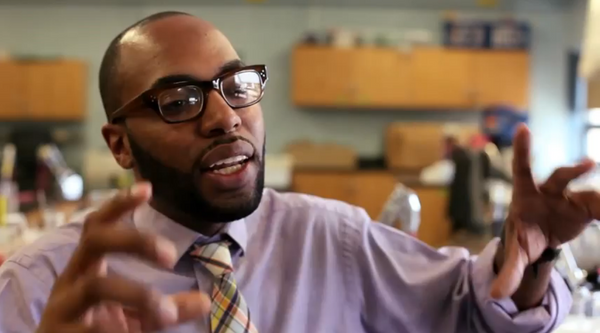 © YouTube
Subscribe
Albert Einstein probably never dreamed that one day his famous theory of relativity would be taught using rhymes, but one US professor is doing just that by spearheading a program that will help New York City public school students learn science through hip-hop music.

WASHINGTON, November 21 (by Jaclyn O’Laughlin for RIA Novosti) - Albert Einstein probably never dreamed that one day his famous theory of relativity would be taught using rhymes, but one US professor is doing just that by spearheading a program that will help New York City public school students learn science through hip-hop music.

“In places like New York City and in any urban populace, hip-hop is the culture of the students that live there, and learning that is the tool for teachers to educate those students anything, especially science,” said Columbia University science professor Christopher Emdin in a phone interview with RIA Novosti on Tuesday.

Emdin is leading the pilot program, where students at 10 New York public high schools will create rap songs based on class material starting in January 2013.

He has also teamed up with GZA, a member of the American rap group Wu-Tang Clan, and the hip-hop lyrics website Rap Genius to implement the new program, which will address what Emdin calls achievement gaps in public education.

Emdin said that up until now teachers have “done everything in the world of education to reduce” those achievement gaps, but “none have been successful.”

Science has been one of the hardest subjects to teach African American and Latino students, who make up about 70 percent of the city’s high school enrollment, said Emdin.

After learning material in biology, chemistry and physics classes, students will be expected to create rhymes and rap songs based on that information. They will be graded on their lyrics, content of the rap, and the complexity and depth of their storytelling abilities.

Hip-hop has been used as an instructional aid in other US classroom subjects such as English and art, but Emdin said it is especially “unique” to use it as a tool in science, because “scientists make keen observations and they are curious, and there is no population that exhibits those same skills as the best scientists of our time than the MCs of our time.”

Emdin said he has received great results from test studies he has already conducted in New York City schools using hip-hop in the classroom, and that he hopes to one day institute the program throughout the world.