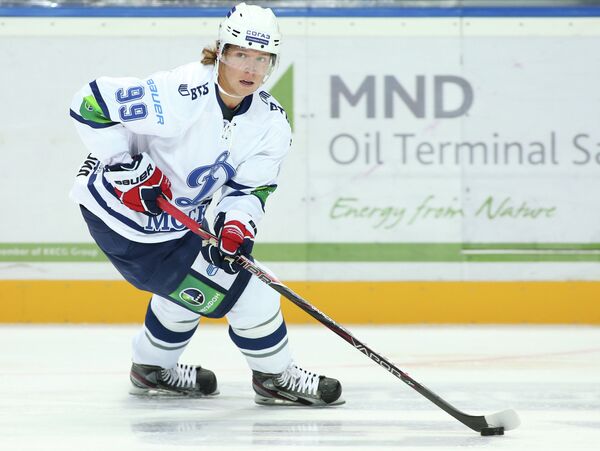 The win allowed Dynamo to extend its lead over Lokomotiv Yaroslavl to three points at the top of the Western Conference, while Vityaz suffered its fourth consecutive defeat and sits in 11th.

Vityaz started brightly, with defenseman Vladimir Malevich hitting the net with a blast from the blue line that put the team ahead at 14:16 on powerplay.

Washington Capitals teammates Alex Ovechkin and Backstrom combined in the second period to even the score, with the Russian stealing the puck from Malevich to feed Backstrom between the circles.

The Swede then fired a one-timer that whizzed above Alexei Volkov’s glove and into the net with 31:32 on the clock.

Veteran defenseman Alexei Troschinsky, 39, scored another powerplay goal for Vityaz at the start of the third period before Sergei Soin brought the teams level in the 45th minute.

Backstrom, who had posted his first KHL hat trick in last week’s 4-3 overtime win away at Vityaz, scored his second goal of the game, again on an Ovechkin assist, at 53:47 to seal the victory.

Backstrom has recorded six goals and five assists in nine KHL appearances so far, while Ovechkin has 19 points, seven of them on goals, from 18 games.