Luzhniki Could be Demolished - Sports Minister 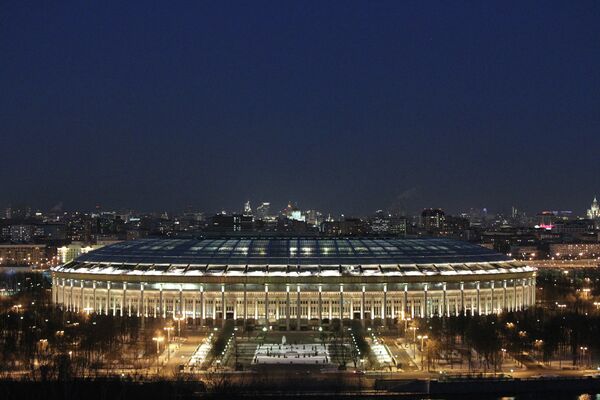 Moscow's iconic Luzhniki Stadium could be demolished and rebuilt from scratch for the 2018 World Cup, Russia's sports minister told R-Sport on Tuesday.

The 80,000-capacity arena, built in 1956 and refurbished for the 1980 Summer Olympics, is the venue for the final of the football extravaganza in six years' time.

Officials have said it needs considerable upgrades ahead of 2018, but Vitaly Mutko admitted for the first time on Tuesday that authorities are considering leveling the Soviet behemoth and starting over.

"The Moscow city government has not yet examined the concept completely," Mutko said. "There is the refurbishment option, but that's very tricky, from a technical point of view."

"You know that sometimes, modernizing arenas can be more expensive than building all over again. There is the demolition option. We'll see what Moscow decides soon enough."

Mutko said Luzhniki, which also hosts the opening ceremony and, most likely, one of the semifinals, currently falls short of FIFA's "tough" demands on fan comforts, capacity, hospitality, and media facilities.

Luzhniki is one of 12 existing or planned stadiums in 11 cities to be used for the World Cup.