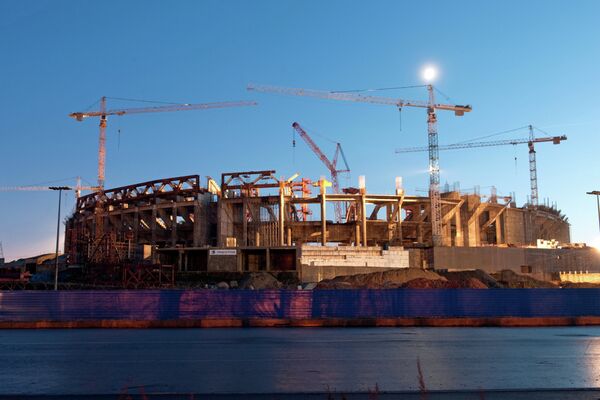 MOSCOW, November 20 (R-Sport) - The Russian organizers of the 2018 World Cup put forward four arenas for the 2017 Confederations Cup on Tuesday.

St. Petersburg, which is hosting a 2018 World Cup semifinal, was mooted as the venue for the opening match and also the final of the eight-team tournament.

The other games are proposed for Moscow, Kazan and Sochi, the host of the 2014 Winter Olympics.

Officials want to use Spartak Moscow's new stadium for the games in the Russian capital. Construction is expected to end in 2013.

Rubin Kazan's new arena, scheduled to be finished in the spring ahead of the 2013 University Games, is also expected to be nominated.

For Sochi, organizers will use the Fisht Olympic Stadium that is the venue for the opening and closing ceremony.

FIFA must approve the plans before they can be enacted.

The proposals were made during a briefing with FIFA general director Jerome Valcke in St. Petersburg on Tuesday.

Organizers also proposed using Moscow's iconic Luzhniki Stadium for both the final and a semifinal of the 2018 World Cup.

The last time a country staged a semifinal and the final at the same arena was in 1998 at the Stade de France in Paris.