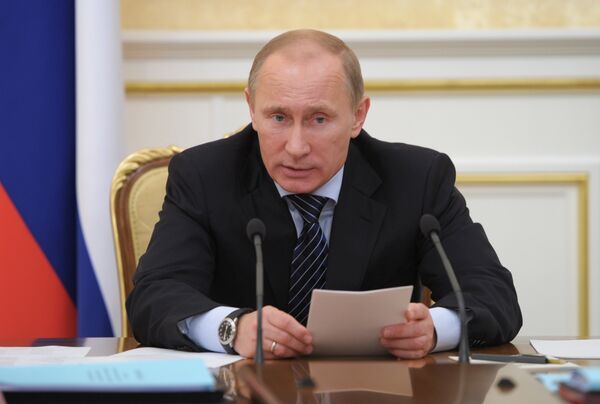 Russian President Vladimir Putin signed the law in July. It has been criticized by Russian human rights organizations, who say it is just one of a slew of Kremlin-backed laws aimed at suppressing opposition to Putin's rule.

Under the new legislation, NGOs would also have to publish a biannual report on their activities and carry out an annual financial audit.

Kremlin officials have repeatedly claimed that Washington is using NGOs in Russia as a cover to bring about political change. Putin once famously called Russian NGOs involved in politics "jackals."

Critics say the term “foreign agent” is a near synonym for “spy’ in Russian and would lead to the discreditation of human rights groups.

The country’s oldest rights organization, the Moscow Helsinki Group, has said it will close down its offices rather than comply with the new law. Not a single NGO has so far registered as a "foreign agent."

Russia’s Public Chamber refused to support the bill - which was also criticized by the Kremlin’s own rights council.

Kremlin human rights council head Mikhail Fedotov said in July the law would be "harmful for our international image."

Putin appeared to suggest he would review the law when he met with Kremlin human rights council members earlier this month.

The bill was proposed by United Russia lawmaker Alexander Sidyakin, the author of legislation passed this summer that sharply increased fines for violations of regulations governing protests.

Sidyakin defended the bill in an exclusive interview with RIA Novosti earlier this year.

“I think the idea that ‘foreign agent’ means ‘spy’ is more of a hangover from the Soviet period in which our parents grew up,” he said.

“I don’t think younger generations see the expression this way," he added. "We should try to get over Cold War terminology. I believe there is nothing insulting in this term.”

Sidyakin denied that he was prompted by the Kremlin to propose the law, which he said was aimed at countering what he alleged were attempts by the United States to “affect Russian politics.”

Putin has frequently accused Washington of being behind the almost-year-long protests against his rule.