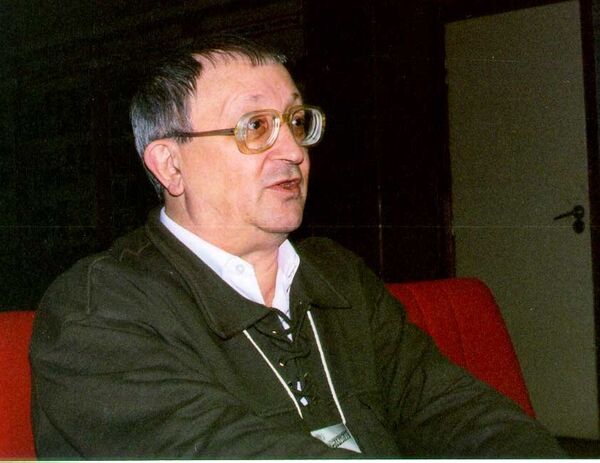 Strugatsky died due to heart problems, a friend of the novelist who asked not to be identified told RIA Novosti. But novelist Nina Katerli said he died of blood cancer. The reports could not be immediately reconciled.

Strugatsky, a native of St. Petersburg, known at the time as Leningrad, and an astronomer by education, rose to literary prominence through science fiction novels co-written with his elder brother Arkady, who died in 1991 at the age of 66.

The two were a formative influence on Soviet science fiction, a genre that thrived behind the Iron Curtain beginning in the 1960s despite censorship limitations, mainly due its popularity with the country’s large technical intelligentsia.

Though rooted in classic Western science fiction of Isaac Asimov and Ray Bradbury, the Strugatskys developed a unique literary style, offering crisp, laconic and literate prose imbued with societal optimism inspired by Communism, which, however, dissipated in their later writings, created as the Soviet Union staggered toward collapse.

The duo published 27 novels and novellas between 1958 and 1988, though many were edited for censorship purposes. Their works are available in 42 languages, including English, where translated titles include Far Rainbow (translated in 1979), Hard to Be God (1973) and Roadside Picnic (1977).

Many Strugatsky novels were made into movies, including Roadside Picnic, turned into the movie Stalker by Tarkovsky in 1979. In 1977, the duo had a main belt asteroid named after them.

After Arkady Strugatsky’s death of liver cancer, his brother continued writing on his own, publishing two novels, the latest of which came out in 2003.