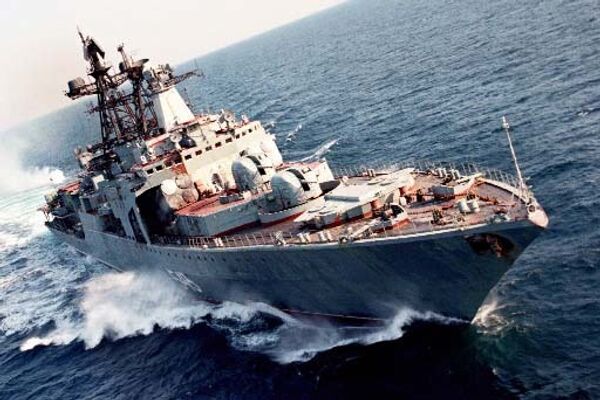 NEW YORK, November 19 (RIA Novosti) – Russia will keep its naval task force in the Gulf of Aden as part of an international effort to fight sea piracy off the Somali coast, Russia’s UN envoy Vitaly Churkin said on Monday.

The UN Security Council held a debate on piracy as a threat to global peace and security.

“Russia supports the extension of a mandate to carry out all necessary measures to prevent piracy off the coast of Somalia, including its territorial waters,” Churkin said during the debate.

“We intend to maintain the presence of our Navy in the Gulf of Aden, working in close contact with other countries and regional organizations [involved in the fight against piracy],” he said.

Russian warships have successfully escorted hundreds of commercial vessels from various countries through pirate-infested waters off the Somali coast since 2008, when Russia joined the international anti-piracy mission in the region.

Russia has recently asked France to allow the deployment of two Ilyushin Il-38 naval reconnaissance planes at a French base in Djibouti to facilitate its anti-piracy missions in the Gulf of Aden.

Russia has also called for the creation of a special UN juridical body to try hijackers captured during anti-piracy operations off the Somali coast.

According to latest UN reports, sea pirates carried out 291 attacks and hijackings in the first 10 months of 2012. They hold at least 293 hostages.

Pirates are most active in coastal waters around Africa, especially in the Gulf of Aden.