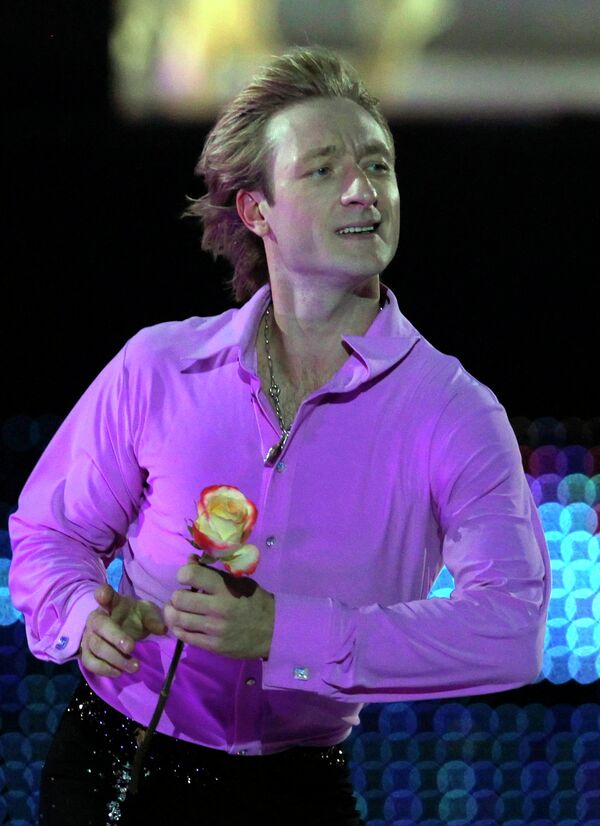 The Ozerov Medal is given to Russian citizens for “advocacy of physical culture and sports," and previous recipients include record-breaking pole vaulter Yelena Isinbayeva.

“All of his life Zhenya [Plushenko] has been demonstrating a commitment to sports and he really does a lot to promote figure skating and sports in general, so we could not hold back, and I made the decision to award him the medal,” Mutko said.

The minister suggested Plushenko's 30th birthday last month had played a role in the decision to give him the award.

“Zhenya has recently celebrated his birthday, he is an outstanding athlete, and there is a medal at the Sports Ministry which is given to athletes for outstanding contribution to sports development, promotion of sports."

Plushenko, the 2006 Olympic champion and a seven-time European champion, also received a trophy “for outstanding performances" at the Internationale Sportnacht event in Davos earlier this month.

The Ozerov Medal is named in honor of Nikolai Ozerov, a famous Soviet sports commentator who died in 1997.