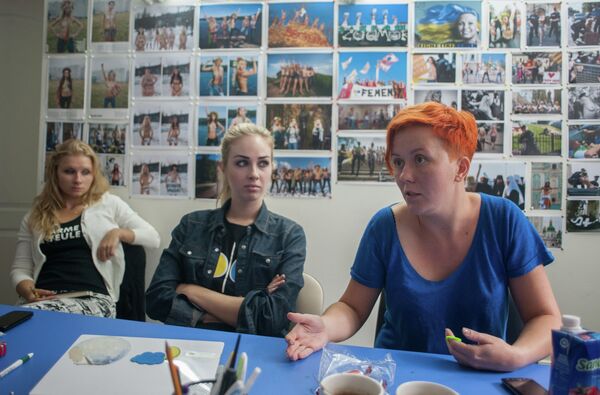 "She is denied entry, the 11 o clock flight will take her back to Paris, her point of departure for her flight to St. Petersburg," the border service official said.

He noted that Hutsol had not been arrested, but declined to offer any detail as to the reasons for denying her entry.

In October police in the Ukrainian capital of Kiev questioned Hutsol over the activists' chainsaw attack on a wooden cross in the city center. Ukraine's President Viktor Yanukovych said that the country's law enforcement system must be respond firmly to such acts.

FEMEN activists have carried out semi-naked or topless protests in Ukraine and worldwide in support for women's rights.