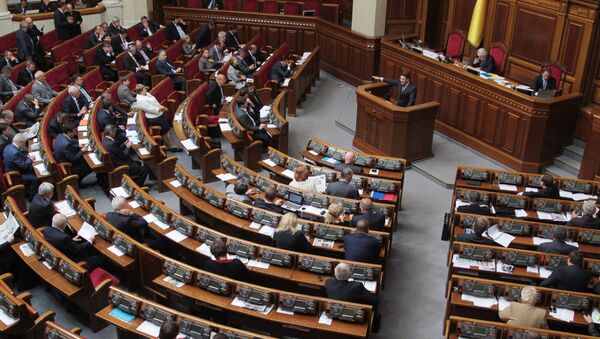 The Party of Regions, which had won 175 out of 450 seats in the Supreme Rada during the previous 2007 elections, gained 30% of the vote in the last month’s polls.

The election to the 450-seat legislature was held in line with a mixed voting system, with half (225 deputies) elected on party lists and the other half in a simple majority vote in single mandate constituencies.

Tymoshenko, who has been undergoing treatment in a Kharkov clinic since May, declared a hunger strike on October 29 in protest against alleged vote-rigging.