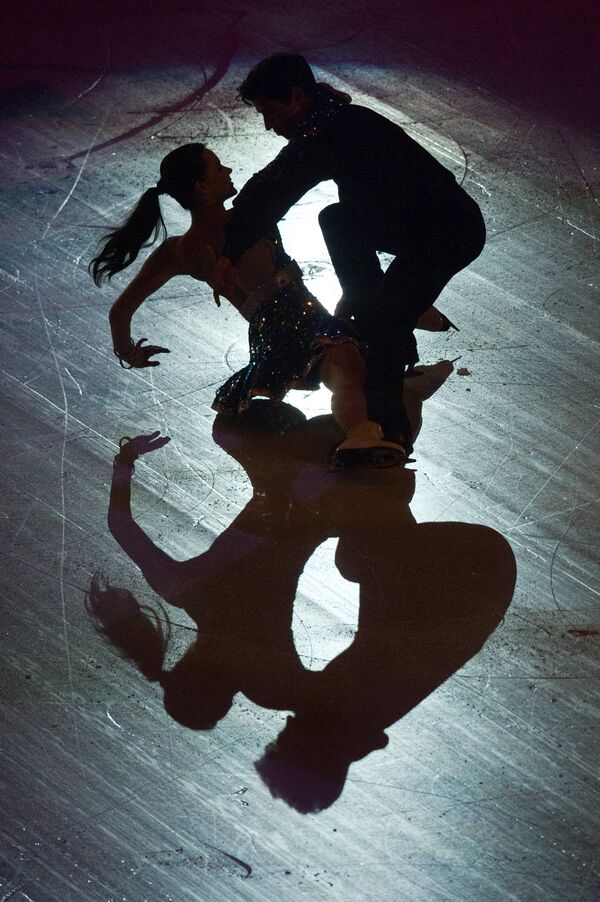 Virtue and Moir scored their second Grand Prix win this season after gold at their home Skate Canada last month, winning with a season-best overall score of 173.99.

It is the third time in four seasons that the Ontarians have won the maximum two Grands Prix in a season.

Virtue and Moir had been first after Friday’s short dance, and scored 103.44 in the free dance to finish 15.53 ahead of second-placed Russians Elena Ilinykh and Nikita Katsalapov.

Ilinykh and Katsalapov recorded their best-ever Grand Prix performance, beating their third places at the Cup of Russia in 2010 and last year’s NHK Trophy.

Russia’s Victoria Sinitsina and Ruslan Zhiganshin came third in only their second Grand Prix with a season-best score of 84.23 in the free dance and a total score of 145.08, a week after coming sixth in the Cup of China.

American siblings Alex and Maia Shibutani were hit by an injury when Alex Shibutani hurt his left leg during the performance, leading to a temporary stoppage.

The Americans eventually scored a total of 140.91, with 82.65 from the free dance, to keep their fourth place from Friday, with Alex Shibutani limping and weeping after the performance.

Earlier, Finland's Kiira Korpi won the women's singles, Canada's Patrick Chan skated to victory in the men's singles and there was a triumph for Russia in the pairs as Tatiana Volosozhar and Maxim Trankov came first.