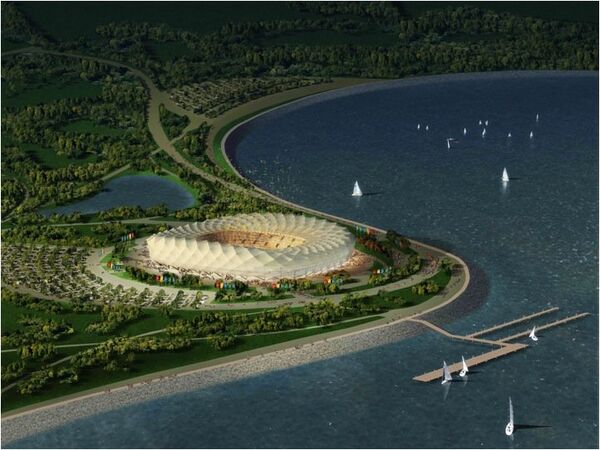 Around 500 football fans in Krasnodar took to the streets Saturday to protest the Russian city's exclusion from the 2018 World Cup, accusing organizers of "spitting on the souls of fans."

MOSCOW, November 10 (R-Sport) - Around 500 football fans in Krasnodar took to the streets Saturday to protest the Russian city's exclusion from the 2018 World Cup, accusing organizers of "spitting on the souls of fans."

Candidate city Krasnodar was thought to be a safe bet to make the final list of 11 cities as the only one outside Moscow to boast two Russian Premier League sides.

But it lost out, while other cities with little or no football history such as Saransk and Kaliningrad made the cut.

“The decision to exclude Krasnodar has been taken contrary to common sense and contradicts all the principles of FIFA,” said local fan leader and protest organizer Igor Novitsky , from the Greenmile fan group of city club side FC Kuban.

“Krasnodar, in a way unlike any other city, is worthy of hosting World Cup matches and the FIFA heritage.”

Fans from Krasnodar and the wider Kuban region gathered to protest near the city’s main football stadium under the slogan: “The World Cup without Krasnodar - spitting on the souls of fans from the Kuban.”

When the final list of host cities was announced in September, FIFA president Sepp Blatter said the world governing body had not chosen the cities and suggested the decision had been left to Russian organizers.

“The final decision we made on the number of cities and stadia, but not on the actual stadia and cities,” Blatter said, and asked Russian Sports Minister Vitaly Mutko, who was also at the news conference, to explain the decision.

Mutko justified the decision by saying that the Krasnodar region was already getting the World Cup, in Sochi.