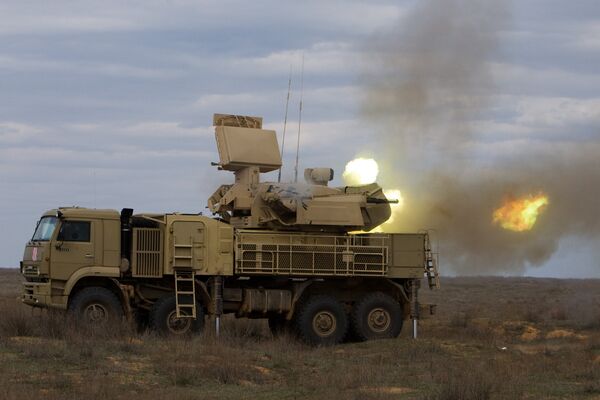 "When Maliki returned from his trip to Russia, he had some suspicions of corruption, so he decided to review the whole deal," a spokesman for Maliki told AFP on Saturday.

"There is an investigation going on, on this," he added.

Another Iraqi official, Hakem al-Zamali, a member of the Iraqi parliament's security and defense committee, said: "The (Iraqi) prime minister has formed a new committee to negotiate with Russia for buying more sophisticated arms than the ones in the cancelled deal."

Hassan Jihad, a member of the Defense and Security Committee of the Iraqi National Assembly, told RIA Novosti that Iraq may soon send a delegation to Russia to sign a new arms contract.

“A new delegation will soon go to Russia due to the efforts of the parliament’s anti-corruption committee,” Jihad said.

Khalid Al-Alwani, a member of the anti-corruption committee, said that a number of parliaments members urged Prime Minister Nuri Al-Maliki to suspend the arms contract with Russia as those responsible for its signing are suspected of corruption.

“Supposed corruption claims have never been and cannot be the basis for annulling contracts, particularly in the military-technical cooperation sphere,” he said, adding that it amounted to “legal nonsense.”

“At the very least, we must await clarification from official Iraqi bodies where they lay out their intentions,” he said.

Another source said that Baghdad annulled the deal under the US pressure as Washington is “trying to prevent the implementation of Russian-Iraqi agreements.”

Russia recently lost another arms deal tender to supply the Mi-28EN to India, which was won by America's Boeing AH-64 Apache.