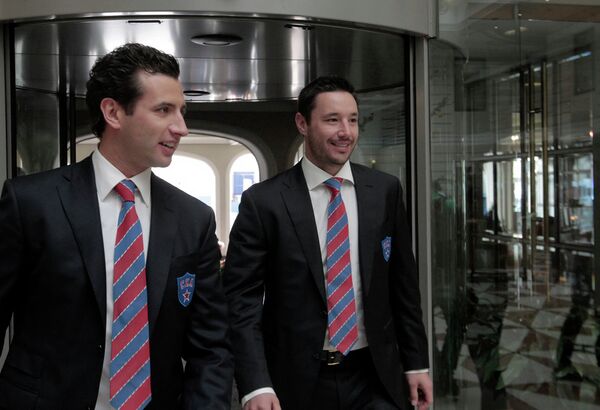 The KHL is spurning a chance to compete with the locked-out NHL because of sloppy TV coverage, the vice-president of one of the Russia-based league’s biggest teams said Thursday.

MOSCOW, November 8 (R-Sport) - The KHL is spurning a chance to compete with the locked-out NHL because of sloppy TV coverage, the vice-president of one of the Russia-based league’s biggest teams said Thursday.

With the NHL season postponed due to a pay dispute, the KHL is aiming to steal some of its North American rival’s audience with TV deals in Europe and North America, but SKA St. Petersburg vice-president Roman Rotenberg slammed the KHL’s TV broadcasts as primitive by comparison.

“With KHL and NHL hockey, the level of the game is close overall, but there’s a huge difference between the images,” said Rotenberg, who heads up big-spending SKA’s business and marketing operations, in comments carried by the Russian edition of Forbes magazine.

“There’s the feeling that gods are playing [in the NHL], but here it’s not clear who’s playing, grey faces, yellow ice.”

“The result is low-cost TV rights and a lower number of fans.”

With many of the KHL’s teams playing in shabby Soviet-era surroundings, Rotenberg said part of the blame for the KHL’s presentation problems lay with regional governments’ reluctance to fund modern arenas.

“It’s a case for the clubs and the local authorities who need to build new arenas,” he said.

“It’s hard to motivate someone to love hockey in arenas that were built in the 1960s or even earlier. Those aren’t comfortable surroundings.”

The KHL said that the continuing lockout in the NHL made it difficult to host the games.