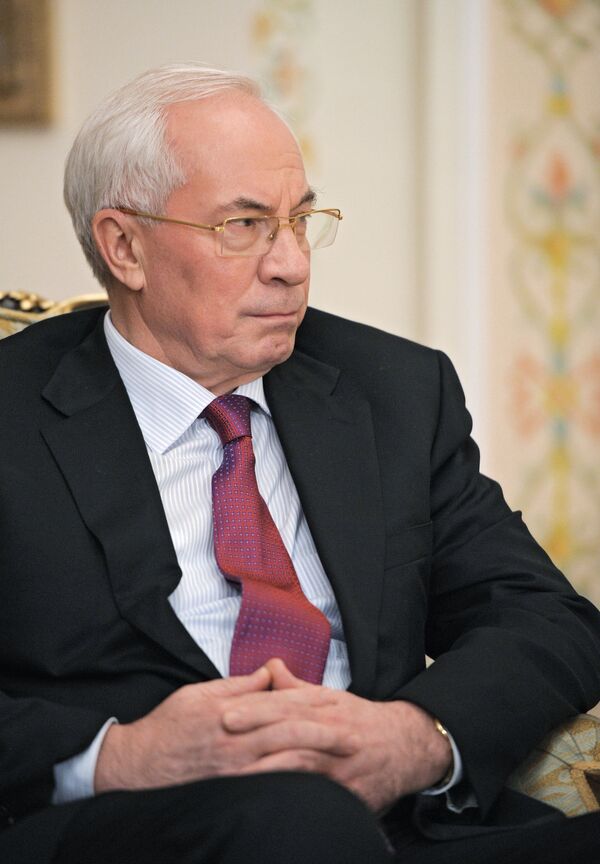 “The government has nothing to do with the work of electoral commissions and election results,” Azarov told Cabinet ministers on Wednesday.

The Ukrainian Central Election Commission has so far failed to count 100 percent of the vote and is considering revotes in five constituencies, where it has been impossible to determine a winner.

As of Tuesday, 99.97 percent of the ballots had been counted.

The results showed Ukraine's ruling Party of the Regions gained almost 30 percent of the party-list vote.

Up to 1,000 opposition supporters took to the streets in Kiev on Monday to protest alleged ballot rigging, while opposition leaders hinted at the possibility of pushing for early presidential and parliamentary elections.

International election observers criticized what they called the abuse of administrative resources, a lack of media freedom during the campaign season, and the opaque campaign finances of the Party of Regions and pro-government “independent” candidates.

The Ukrainian parliament on Tuesday set up an ad hoc commission to probe the reasons for the slow ballot count after voting in October 28 elections.

However, Azarov praised the elections as free and fair saying “neither democratic norms nor legal democratic procedures were in fact violated.”

Azarov said disputes over the vote in some constituencies could not affect the overall election results.

The Ukrainian prime minister dismissed the opposition's complaints over the slow ballot count, saying the Central Election Commission had up to 15 days to announce the results.