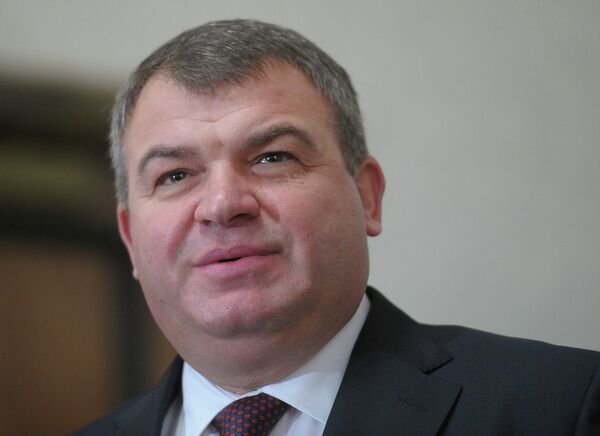 President Vladimir Putin relieved Defense Minister Anatoly Serdyukov of his duties on Tuesday, and appointed Sergei Shoigu as his replacement.

"Taking into consideration the situation that has emerged regarding the Defense Ministry, in order to create the requisite conditions for an objective investigation of all the issues, I made the decision to relieve Defense Minister Serdyukov of his duties," Putin said.

A spokesperson for Russia’s Investigation Committee – a body similar to the FBI – said Serdyukov could now be questioned in connection with the case.

“Putin personally took the decision to sack Serdyukov,” the Kremlin said in a statement. “The appointment of Shoigu as defense minister was made on the recommendation of the prime minister [Dmitry Medvedev].”

Serdyukov, 50, who was appointed by then Prime Minister Putin in February 2007, was Russia’s first civilian defense minister. He oversaw an attempted streamlining of the military, which caused resentment within the armed forces.

Shoigu, 57, most recently served as Moscow Region governor, and before that headed Russia's Emergencies Ministry, where he consistently enjoyed some of the highest approval ratings among cabinet ministers. A four-star army general, his appointment is likely to be welcomed by the military.

“This was a surprise,” Shoigu said of his appointment at meeting with Putin. “I will try to do everything in my powers…to repay your trust in me.”