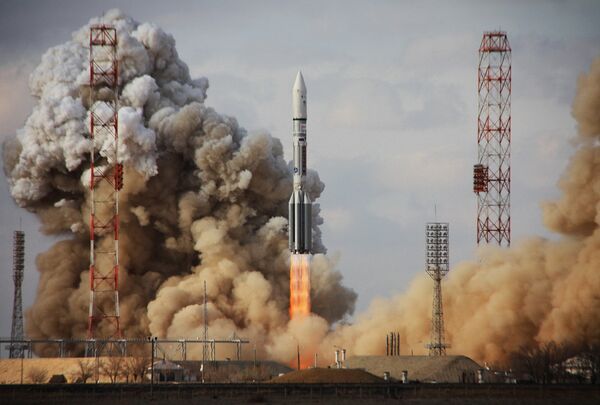 “The separation of the Yamal-300K from the Briz-M booster went smoothly, and to schedule,” a Roscosmos spokesman told RIA Novosti on Saturday, adding that the same was true of the Luch 5B relay satellite, and confirming that both had entered orbit.

The Russian Proton-M launch vehicle carrying Yamal-300K telecoms satellite and Luch 5B relay satellite lifted off earlier on Saturday from the Baikonur space center in Kazakhstan.

The satellites were built by Russia’s Reshetnev space company.

The dual-purpose geostationary Luch 5B satellite has been primarily designed to relay live telemetry and other data from low-orbiting space vehicles as they fly beyond the communication range of ground control stations.

It is also capable of tracking low-flying space objects along their trajectories thanks to its two high-precision antennas operating in Ku-band and S-band.