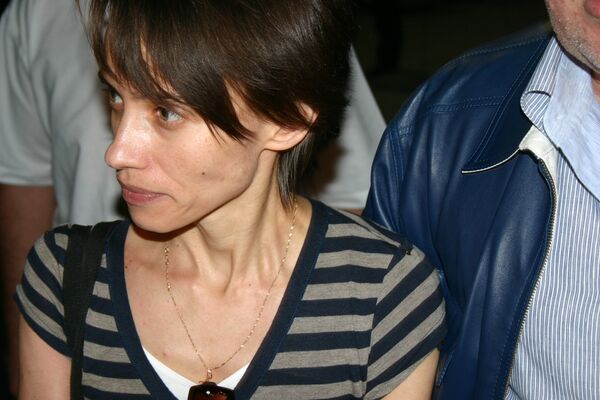 © Vladimir Dobrovol'sky
Subscribe
A French Court in the city of Tarascon handed down on Tuesday a two-year suspended sentence to Irina Belenkaya, a Russian national accused of kidnapping her daughter and orchestrating an attack on her ex-husband.

A French Court in the city of Tarascon handed down on Tuesday a two-year suspended sentence to Irina Belenkaya, a Russian national accused of kidnapping her daughter and orchestrating an attack on her ex-husband.

Judge Paulette Leclanche said Belenkaya will not be serving her sentence in prison but put her on probation for five years as well as ordered to pay her French ex-husband Jean-Michel Andre 8,000 euros ($10,300) in moral compensation.

Following the judge’s decision, Belenkaya said she was satisfied as the sentence for her is conditional and she would not go to prison.

The couple has been embroiled in a bitter custody battle resulting in their daughter Elise being "kidnapped" back and forth three times in 2007-2009. Andre was awarded custody by a French court after their divorce in 2007.

In March of 2009, Elise Andre, who was three years old at that time, was snatched from her father in Arles, southern France, by three attackers, one of who Jean-Michel Andre said was Belenkaya. He was severely beaten in the attack.

Belenkaya was arrested the following April in Hungary attempting to take her daughter across the border into Ukraine. Irina was held in Hungary until late May, when she was flown to France to stand trial.

In July of 2009, a French court announced a decision granting custody rights to Andre, and allowing Belenkaya to see the girl three times a month.