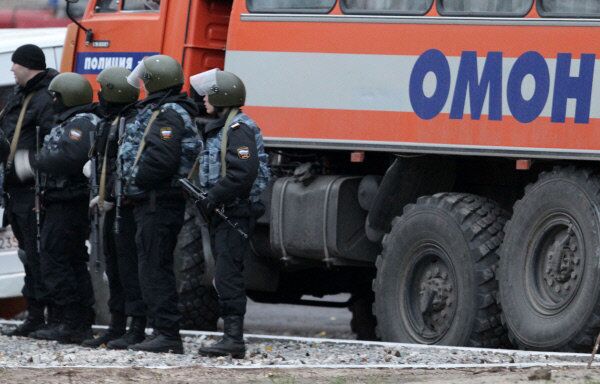 © RIA Novosti . Maksim Bogodvid
Subscribe
There has been an increase in the number of extremism-related crimes in Russia’s Volga Federal District, the National Antiterrorism Committee said on Tuesday.

There has been an increase in the number of extremism-related crimes in Russia’s Volga Federal District, the National Antiterrorism Committee said on Tuesday.

There has also been a rise in the level of “latent interethnic and interreligious tension,” committee representative Dmitry Muryshov said.

“There is a trend toward the expansion of radical Islam in Muslim-concentrated settlements in the Volga region,” he said at a roundtable dedicated to extremism issues, adding however that the socio-political situation in the district is currently stable.

A potential cause of destabilization is the expansion of international terrorist organizations into the region, Anatoly Zagryadsky, representative of the presidential envoy to the district, said.

“The recent events in Tatarstan point to a high level of terrorist threat in our region, related to the Islamic factor,” he said, adding that the situation called for effective measures to preserve regional stability.

On October 24, two militants were killed in Russia’s predominantly Islamic republic of Tatarstan, as the radical Islamist insurgency shows signs of spreading from the North Caucasus to central Russia.

Tatarstan has been viewed as a model of interethnic and inter-faith harmony in ethnically diverse Russia. However, July’s attacks on moderate Muslim leaders, which left Tatarstan’s mufti Ildus Faizov severely injured, and his former deputy Valiulla Yakupov dead, were a further, troubling indication that radical Islam is spreading beyond what had been seen as its "traditional’ borders.