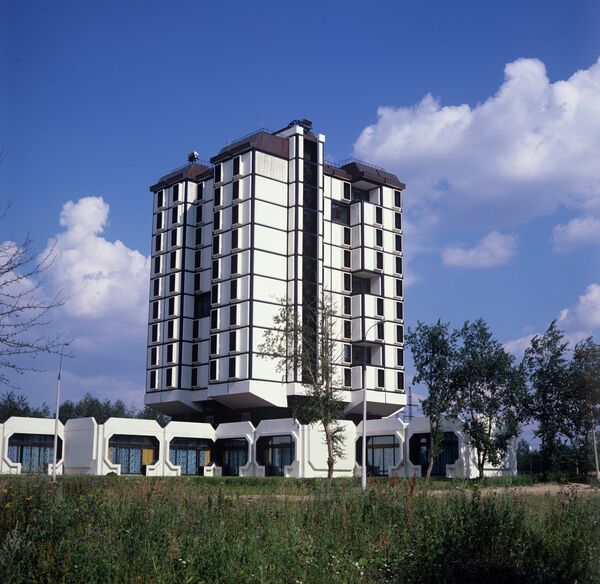 Managers in a Russian Defense Ministry property management company are under investigation for alleged embezzlement of up to $100 million, by selling off properties at below market value, Investigative Committee spokesman Vladimir Markin said on Thursday.

Managers in a Russian Defense Ministry property management company are under investigation for alleged embezzlement of up to $100 million, by selling off properties at below market value, Investigative Committee spokesman Vladimir Markin said on Thursday.

Managers in the Defense Ministry’s property services holding company Oboronservis also used ministry funds to renovate some of the most lucrative properties, and then illegally sold them or rented them out for commercial purposes. Some of the properties were in Moscow, which has some of Europe’s most expensive real estate.

"The famous Soyuz hotel and an adjacent land plot in the capital were sold for just 600 million rubles (about $19 million), or thirty percent below market value," he added.

The investigation has also uncovered instances of real estate and land plots in Russia's Krasnodar Territory being confiscated from state use, rented out, developed and sold for alleged personal gain, the spokesman said.

Five criminal cases have been opened in connection with the affair, which investigators estimate to have caused total losses of at least 3 billion rubles (almost $100 million).

Searches were underway on Thursday at Oboronservis offices and the home of one of its managers, Elena Vasileva, investigators said.

Oboronservis’ General Director Sergei Khursevich confirmed that the agency’s central office was being searched, adding “the company’s subsidiary departments are working normally and carrying out their task of supporting the forces in accordance with the law.”

He insisted it was too early to say if offences had been committed.

“To make a statement about financial improprieties regarding the activities of the holding is premature, until the investigations are complete,” he said. Oboronservis is helping investigators by providing documents to them about the company’s activities, he said.

Defense Minister Anatoly Serdyukov has been informed of the investigation and arrived at one of the locations being searched, law enforcement sources said on Thursday morning.

Serdyukov also said speculation about the case was unhelpful and premature.

“Any public declaration about the amount of damage caused or the involvement of named people in Oboronservis, until they are named by the investigation, is nothing more than one version of events,” he said.

The Defense Ministry said it was interested in “an objective investigation of the case” and “would do what it could to assist.”

Oboronservis was set up in 2008, and carries out repair and services for Defense Ministry properties as well as repair and maintenance of military equipment and provision of services to military garrison towns.