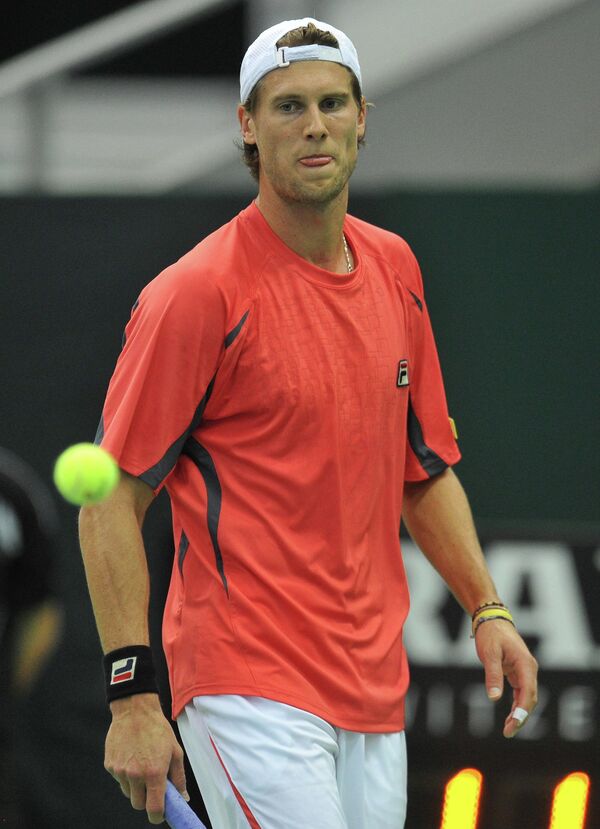 Italy's Andreas Seppi reached his fourth final of the season Saturday in Moscow with a crushing victory against Tunisia's Malek Jaziri.

Seppi won eight games in a row as he achieved a 6-3, 6-1 victory over world No. 112 Jaziri, who became the first player from his country to play in an ATP semifinal.

Seppi said he had raised his game following Friday's quarterfinal against eighth seed Tatsuma Ito, which the Italian won 6-2, 6-1.

"I managed the match very well, I waited for the right moment always, didn't play like maybe yesterday, too aggressive," Seppi said.

"I think I played some good intelligent tennis today."

Seppi proved too much for Jaziri after he broke the Tunisian at 3-3 and embarked on an eight-game winning streak that took him to the verge of victory at 5-0 in the second set.

The world No. 25 and Italian No. 1 is bidding for his third career title and second of the year after winning in Belgrade in May and Eastbourne last year.

Seppi was a quarterfinalist last year in his only previous appearance in Moscow, losing to German qualifier Michael Berrer.

Unseeded Jaziri was in his first Kremlin Cup and aiming to rescue his season after a recent slump saw him drop out of the top 100 from a career-high 69th spot in July.