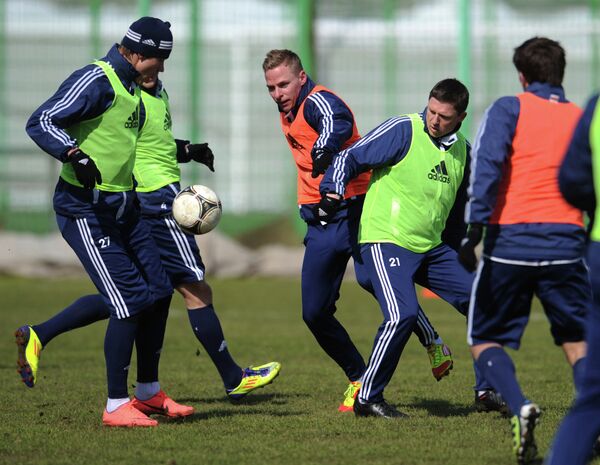 Several players including midfielder Alan Gatagov were hit when a gang of camouflaged assailants opened fire from behind a fence at the club's training base just outside Moscow in Novogorsk.

"In this case, a criminal investigation has been opened," said Moscow region police spokesman Yevgeny Gildeev.

The club blasted the incident and said it would do everything in its powers to hold those responsible criminally accountable. The official Dynamo fan club has distanced itself from the attack.

It was the latest attack from fans disgruntled at the club's lowly 13th position in the standings.

In late September, several fans fired flares and scrawled graffiti on the street outside the Novogorsk training base, urging the players to cease dishonoring Dynamo’s name.

The flyers read: "If the club and the coaches can't motivate you, then believe us, we will do it."

"We are the supporters and the fans. And our methods will be a little more serious."

In Friday's attack, the culprits also dropped flyers, this time reading: "What you are doing has lost all meaning. We don't want to support a team of losers any more."

Dynamo's next game is away to newly promoted Mordovia Saransk on Sunday.