Russia Demands Fair Treatment of Suspects in US Export Case 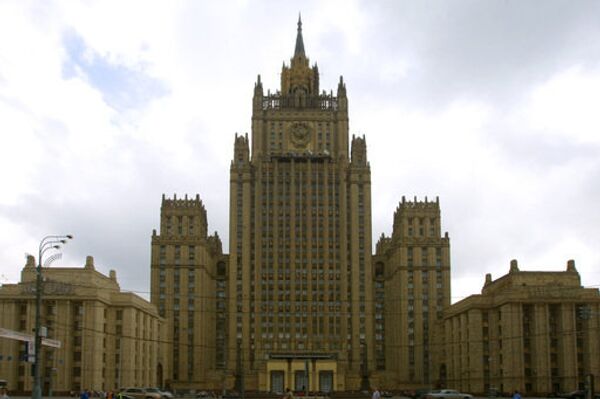 The Russian Foreign Ministry demanded on Friday that US authorities stop applying psychological and moral pressure on Russian citizens arrested last week on suspicion of illegally exporting ‘sensitive US technology’ to Russia.

The Russian Foreign Ministry demanded on Friday that US authorities stop applying psychological and moral pressure on Russian citizens arrested last week on suspicion of illegally exporting ‘sensitive US technology’ to Russia.

Russia has recognized four of the eight suspects arrested in the United States over alleged export violations as it citizens. The rest are citizens of Azerbaijan, Kazakhstan and Ukraine.

The four Russians had been denied bail and will be kept in custody until the sentencing as the possession of a Russian passport was regarded by a Houston court during bond hearings as evidence that the suspects were a flight risk.

“Unfortunately, the court did not heed the arguments presented by the defense and denied bail to our citizens under a dubious pretext,” the ministry said in a statement.

“Russian diplomats will join efforts with the defense team to pursue the revision of this unfair decision and to demand that the US authorities stop applying psychological and moral pressure on Russian citizens in an attempt to coerce them into admitting their alleged guilt,” the statement said.

The US authorities also executed search warrants at seven residences and business locations and seized assets from five bank accounts. The Department of Justice has stated that three other suspects remain at-large and may have already fled to Russia.

Washington claims that the suspects provided Russia with "sensitive technologies" that can be used for radar and surveillance systems, weapons guidance systems, and detonation triggers.

The Russian suspects deny all charges against them, according to their defense lawyers.

The first hearing in the case is scheduled for October 17 in the U.S. District Court for the Eastern District of New York as Arc Electronics carried out all of its export shipments via the Kennedy International Airport.