Not for Claustrophobics: US Apartments Getting Smaller 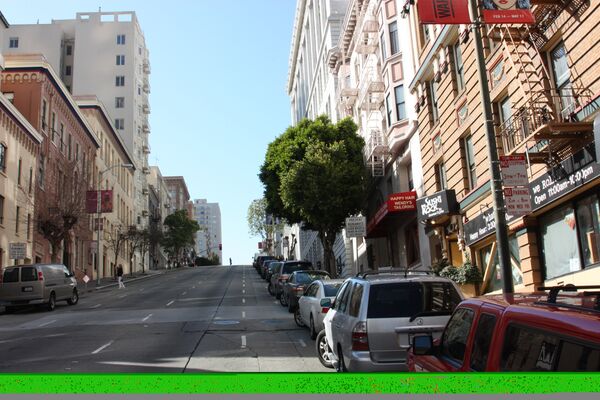 Home may be where the heart is, but in America’s largest cities there is a growing controversy over just how big – or small – that home should be.

Home may be where the heart is, but in America’s largest cities there is a growing controversy over just how big – or small – that home should be.

“What we’re looking at is something that is about as wide as three-and-a-half cinder blocks in a sidewalk,” said Tommi Avicolli Mecca, director of counseling services for the San Francisco Housing Rights Committee.

“Do we really want to set that as a standard for what we want people to live in?” he asked. “It becomes almost a moral issue for where we as a society want to go.”

Is that cozy? Or cramped? It all depends on who you ask.

Opponents say the micro-units are practically boxes, little more than glorified coat closets, and expecting people to live in them is bordering on inhumane. Supporters say they’re the newest thing in efficient, affordable housing.

“It’s absolutely not inhumane. It’s a standard that’s used in other cities, and it’s accepted by the state health and safety code,” said city supervisor Scott Wiener, who introduced the legislation.

“We’re fooling ourselves if we think people don’t already live in these kinds of situations, and that’s called roommates,” he added. “You have a small bedroom, you may not have a living room and you’re sharing a kitchen and you’re sharing a bathroom. The alternative being that you have a private space, then that’s an option people should have.”

Either way, micro-units are nothing if not creative. Think sofas that turn into beds, beds that turn into dining room tables, benches that double as shelving units, and storage tucked into every conceivable nook and cranny. Some have lofts for sleeping or even sliding walls that can transform the space into different rooms.

Wiener and other advocates say smaller living spaces will put rental prices within reach for more people, allowing more residents to live inside the city limits. San Francisco studio apartments rent for roughly $2,000 per month now, and the micro units are expected to run $1,200 - $1,500.

The Board delayed a vote on Weiner’s proposal this week, to allow both sides time to consider a compromise. But the controversy is unlikely to go away. Other major cities in the US are also looking for ways to “downsize” their studio apartments in an effort to accommodate more people at lower rents, including Seattle, Chicago, Boston and New York.

“People are astonished. They can’t believe there’s this room and nothing else,” said New York City resident Sherri Smith in an interview with NBC News.

For 20 years Smith has been living in a place that’s 242 square feet (22 square meters). And somehow, she manages to fit a wildly entertaining assortment of knick-knacks, a piano, 50 pairs of shoes, a cat named Chloe, a full-size fridge and an oven.

“People are like, ‘Are you against microwaves?’ I say, ‘no, I just don't know where I would put it,’” she said.

Smith is the kind of resident New York City Mayor Michael Bloomberg would like to see more of.

“People from all over the world want to live in New York City, and we must develop a new, scalable housing model that is safe, affordable and innovative to meet their needs,” said the mayor in a statement. “Developing housing that matches how New Yorkers live today is critical to the City’s continued growth, future competitiveness and long-term economic success.”

Over the summer he announced the “adAPT NYC” competition, seeking architectural design submissions for studio homes that measure 275 to 300 square feet (25.5 to 28 square meters).

The contest gives an indication of just how much interest there is in micro-living spaces. The application has been downloaded more than 1,600 times from all five New York City boroughs, and US cities from Baltimore to Berkley and Portland to Miami. It’s also been viewed in cities around the world, from Montreal to Milan, Bangalore to Berlin, Quebec to Shanghai and many places in between.

There have been 33 entries submitted, including several from other states and other countries.

The winning design – to be announced early next year – will be used to build 80 micro-units, including kitchens and bathrooms for each, at a city-owned property in Manhattan, where the mayor is waiving the current housing limits. If it’s successful, the competition could provide a new, smaller living model for the entire city.

Studio apartments in Manhattan rent for approximately $2,000, and contest organizers say they expect rents on the micro-units will be well below that figure.

Back in San Francisco, housing rights counselor Mecca is fuming at the trend in what he calls “tiny little boxes,” that he says will ultimately make miserable conditions for the working class who can’t afford bigger places, and that could drive the poorest renters out of their neighborhoods entirely.

“We need to be thinking outside the box, so to speak, and find ways to make affordable housing… but it seems like we’re going in the wrong direction.”