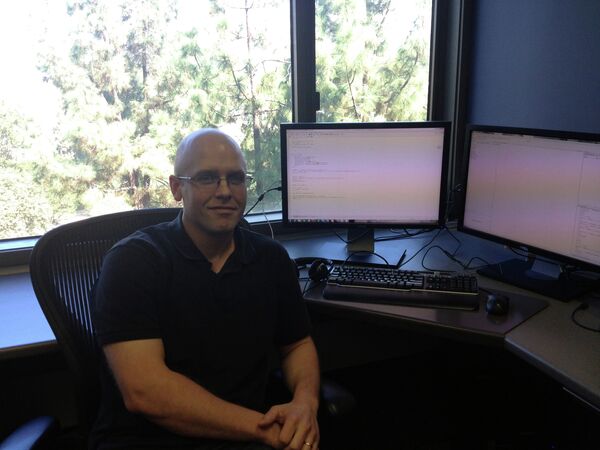 The two economists shopped the paper to academic finance journals but were repeatedly rebuffed, according to Snider, now an assistant professor of economics at UCLA.

“We were told that what we were doing was not interesting or important,” Snider said in a recent interview.

Two years later, however, their research is more relevant than ever.

British lender Barclays this summer paid a $470 million settlement to US and British authorities, admitting it had manipulated the Libor in order to improve its financial position.

Regulators and prosecutors across the globe are now investigating possible rate-rigging by a slew of leading banks.

Meanwhile, Snider and Youle are cited extensively in ongoing civil litigation against major US banks, including a class action suit led by the City of Baltimore, which alleges it suffered significant financial losses due to collusion by banks like JPMorgan­ Chase, Citi­Bank, and Bank of America to fix the Libor.

The 16 banks implicated in the suit have asked a federal court in New York to dismiss the lawsuit, arguing that the plaintiffs have failed to prove collusive behavior.

The London Interbank Offered Rate, or Libor, is the average interest rate at which top banks estimate they would borrow money from other banks. This rate, which is adjusted daily, is used as the benchmark used to set interest rates for a wide range of financial products and commercial markets across the globe.

Libor manipulation cost states and localities across the United States at least $6 billion on financial contracts they purchased before the credit crisis, according to a study by Peter Shapiro, a leading financial adviser to US municipalities, Bloomberg reported this week.

Snider is hesitant to describe these developments as vindication of the paper he co-authored with Youle, who did not respond to several interview requests.

“It still hasn’t been published,” Snider said, adding that the paper is currently undergoing revisions. “We’ll see in a few months if we can find a publisher.”

Snider and Youle were not the first to analyze possible Libor manipulation, which affects an estimated $360 trillion in financial contracts worldwide.

In 2008, a report by The Wall Street Journal suggested Libor-setting banks might have misreported their estimated borrowing rate in order to give the impression of reliability to the market during the credit crunch.

Subsequent academic studies also found evidence of distortions and anomalies in the Libor rates submitted by the banks.

But Snider and Youle appear to have made the first public case that banks may be manipulating the Libor not to make themselves look sturdy, but rather to reap profits from their portfolios linked to the rate.

This distinction could be crucial in determining whether US prosecutors choose to pursue criminal charges against the banks, said Columbia Law School professor John Coffee, a leading authority on securities law.

“It is possible we could see criminal charges brought in the United States, but it’s not going to be because the banks wanted to make themselves look better,” Coffee said. “It’s going to be because of cross-firm contacts and efforts to push Libor up or down.”

British regulators released evidence of cross-firm contacts this summer in the form of jocular emails between Barclays employees and outside traders discussing manipulation of the bank’s Libor submission.

In one exchange, an outside trader thanks a Barclays trader for facilitating a lower submission by promising to pop a bottle of French champagne the next time they meet up.

Late last month, Martin Wheatley, the managing director of Britain’s main financial regulator, recommended that British Bankers’ Association be stripped of its responsibility for setting the Libor. The BBA is a trade group whose leading members set the Libor for ten different currencies.

According to Snider, he and Youle came up with the idea for their paper in 2008 after reading academic research on the subject, including an influential paper co-authored by economist Rosa Abrantes-Metz that found “questionable patterns” in the banks’ daily Libor quotes.

“We thought about models for detecting collusion in auctions and became interested in the mechanisms of Libor,” Snider said.

The US Libor is set by taking submissions from 18 leading BBA members, tossing out the four highest and four lowest, and averaging the remaining ten. (At the time covered in their paper, the US Libor panel totaled 16 members.)

Snider and Youle drew a model predicting what these submissions would look like should the banks have an incentive to manipulate the rate. What they found was strong evidence of “bunching” of the banks’ Libor quotes around certain points—behavior that should not appear if the banks are simply reporting borrowing costs.

“Previous analysis of the problem have suggested the cause of this misreporting is the desire of panel banks to appear strong, especially during the recent banking crisis,” Snider and Youle conclude in the paper. “In contrast, our theory of misreporting incentives points to a more fundamental source, namely that bank portfolio exposure to the Libor give them incentives to push the rate in a direction favorable to these positions.”

The two economists suspected something was amiss when they data they collected from the banks fit the model so closely, Snider said.

“The way the data looked in relation to the model suggested this kind of manipulation was fairly ubiquitous,” Snider said. “We were a little skeptical that we had interpreted it correctly. Now we believe it was widespread.”