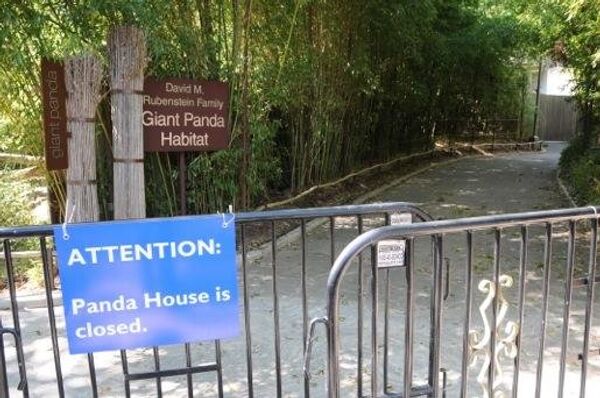 The US National Zoo in Washington said on Thursday that liver failure caused the recent sudden death of a six-day-old rare female panda cub, an event that captured national attention last month.

Chief veterinarian Suzan Murray said a necropsy performed on the cub showed that it died from liver necrosis, or the death of liver cells.

In a press release, the zoo said it was lung and liver damage that ultimately killed the cub: “Her lungs were poorly developed and likely caused her to have insufficient oxygen.”

The cub was born on September 16 and died less than a week later, leaving zoo officials devastated and searching for answers.

The zoo also said on Thursday that the cub’s mother, Mei Xiang, is back eating her normal diet of bamboo, fruits, vegetables and biscuits and that she is “completely back to her old self. Her hormones have returned to normal levels, as has her behavior.”

Mei Xiang has also stopped cradling a toy that zookeepers gave her after the cub died and is now leaving her den to eat, the zoo said.

On Wednesday, zookeepers cleaned the bamboo out of Mei Xiang’s den that had once been used as the nest for the panda cub. The zoo has posted a short YouTube video made from time-lapse photos inside the den before she started building her nest.

The cub was conceived through artificial insemination, and both Mei Xiang and Tian Tian, the father, were loaned to the zoo from China.

Both pandas were also parents to Tai Shan, born in 2005, the first panda cub delivered at the National Zoo to successfully live more than a few days. Tai Shan now lives at the China Conservation and Research Centre for the Giant Panda in Wolong, China.