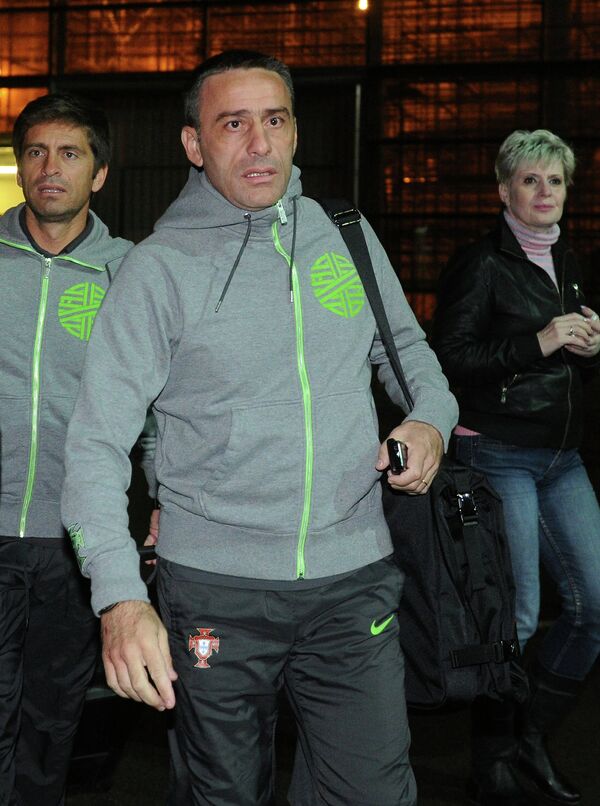 Russia are a quality team and Portugal cannot afford to take them lightly when the two countries clash in a World Cup qualifier, Portugal coach Paulo Bento said Thursday.

Friday's match pits together the two favorites in Group F, each with 100 percent records after two games.

"We need to approach the Russian national team in a serious manner," Bento said, adding that the quality of the Russian players and coach Fabio Capello made them serious opponents.

Bento added that the match was "important, but not crucial" to Portugal's chances of reaching Brazil 2014.

Capello earlier joked that he had hoped Ronaldo had been seriously hurt when he was substituted with a shoulder injury after scoring both of Real Madrid's goals in a 2-2 draw with Barcelona on Saturday.

Bento would not be drawn on a response to Capello's comments.

"I always like good players to play," he said when asked about what Capello had said.

The artificial pitch at Moscow's Luzhniki stadium is not a concern, he added.

"No," Bento said when asked whether the surface could harm Portugal's chances.

Both countries are in action again Tuesday, with Portugal hosting Northern Ireland and Russia playing Azerbaijan in Moscow.