Putin: Saakashvili to ‘Cling to Power’ 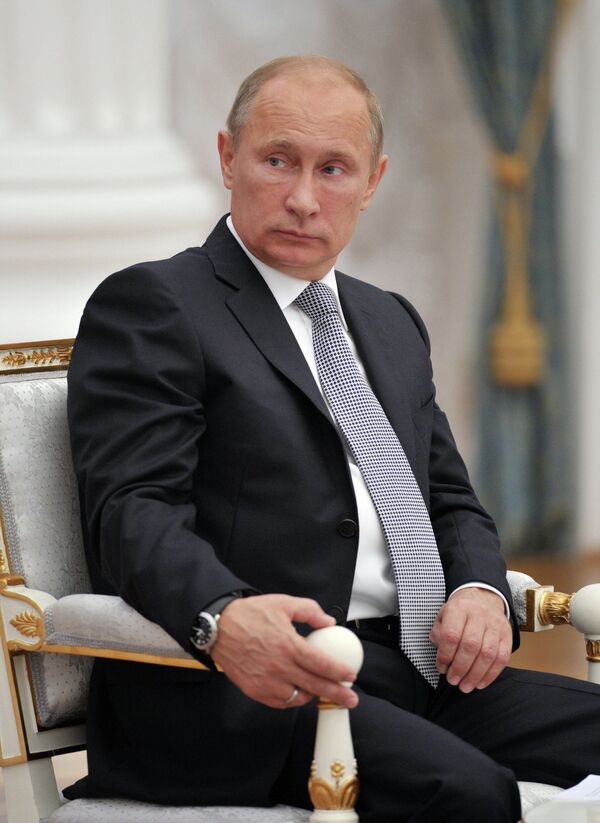 “Saakashvili will try to cling to power,” Putin said in an interview on the Central Television program broadcast on the NTV television network on Sunday.

“I think he will try to offset defeat in the party lists with the single-mandate constituencies,” Putin said.

It was not clear exactly when Putin made the comments, since the interview was recorded over the course of the week, Kommersant reported.

If the comments came later in the week, Putin may have been referring to court cases seeking to overturn the results in a number of the single-mandate races.

Saakashvili was prompt in conceding defeat at the hands of the opposition Georgian Dream coalition led by a bitter rival, billionaire tycoon Bidzina Ivanishvili, a move that effectively silenced his critics in Moscow.

Georgian Dream won 83 out of 150 seats in the parliament. Saakashvili’s UNM will have 67 seats.

The majority of the president's executive powers will be transferred to the new prime minister under constitutional reforms that take effect in January.

Georgia has had no diplomatic relations with Russia since they fought a five-day war in 2008. And while Russia did not back either side at the polls, there is great personal antipathy between Saakashvili and Putin, who said of his Georgian counterpart in the aftermath of the South Ossetia war that he would like to “hang him by the balls.”