'Big Bird' Front and Center at US Presidential Debate 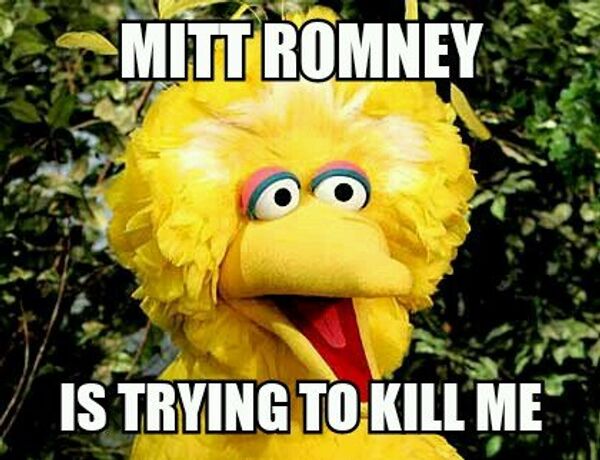 Big Bird, the loveable and iconic character from the hit television show “Sesame Street,” is making an unexpected debut on the American political scene, popping up on social media sites in the United States

Big Bird, the loveable and iconic character from the hit television show “Sesame Street,” is making an unexpected debut on the American political scene, popping up on social media sites in the United States.

“I’m sorry Jim, I’m gonna stop the subsidy to PBS,” Romney said to debate moderator Jim Lehrer, who also works for the network. “I like PBS, I love Big Bird… but I’m going to stop borrowing money from China to pay for things we don’t need.”

According to Twitter, the name “Big Bird” became a trending topic within seconds. Immediately following Romney’s remarks, the giant bird was mentioned in more than 17,000 tweets per minute, and soon the topic went viral, with parody Twitter accounts and Big Bird spoofs spreading rapidly across the web.

In the hours following the debate, a new Twitter account under the name @FiredBigBird gained more than 20,000 followers.

“If Mitt Romney wins this is what I will be forced to do…” the account holder tweeted, with a picture attached of Big Bird holding a sign that reads, “Will work for food.” The account has since been suspended.

“Under Mitt #Romney, Cookie Monster won't receive the care he needs to overcome his addiction,” tweeted another parody account with the user name @BigBirdRomney.

Friends of Big Bird and supporters of US President Barack Obama are even planning a Million Muppet March in Washington next month.

The new website MillionMuppetMarch.com invited fans to “Bring your best fuzzy, feathered, felted friends… and show your support for Big Bird, Muppets, PBS, and all that is good.”

Back on the campaign trail Thursday, Obama mocked his rival’s comments at a campaign stop in Colorado.

“We didn't know that Big Bird was driving the federal deficit. But that's what we heard last night. Elmo too?” the president asked the crowd.

“With the enormous problems facing our country, the fact that we are the focus is just unbelievable to me,” said Kerger during an interview on CNN Thursday. She added the funds Congress allocates for public broadcasting make up less than one percent of the federal budget.

While the Save Big Bird movement continues to swell, there could still be a reprieve for fans if Romney is elected. According to the producers of “Sesame Street,” the show gets most of its funds from licensing activities and corporate sponsorships. So the show is likely to go on, with or without federal funds.